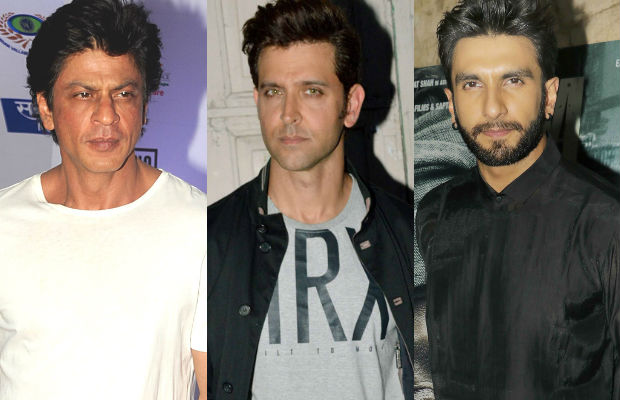 [tps_footer]Sanjay Leela Bhansali’s upcoming project, ‘Padmavati’ has created a lot of hype over the casting of the film. While Deepika Padukone is the confirmed actress, speculations for the male lead actor have been doing rounds. It was said that Shah Rukh Khan or Ranveer Singh might play the lead role in historical magnum opus Padmavati. But now we have another interesting news regarding the much-hyped casting of the film.

According to reports, Ranveer Singh has been ousted from the Padmavati for demanding a narration from director Sanjay Leela Bhansali. So the director approached Hrithik Roshan for the character of Alauddin Khilji in Padmavati.

Reports also suggest that SLB is furious at Ranveer for the demands as he feels that he owed his success to the films like RamLeela and Bajirao Mastani. Well, if reports are anything to go by, SLB has already narrated the character of Alauddin Khilji to Hrithik Roshan. The film is about Allauddin Khilji, whose obsession for queen Padmavati is such, he can go to any extent to win her; even if means fighting against her husband.

Now it remains to see if Hrithik Roshan will star opposite leggy lass Deepika Padukone or no and that if Deepika still chooses to stay with the project after Ranveer being ousted. Well, time will tell better!

However, nothing is official yet. What do you think? Is Hrithik Roshan better choice for the role of Allauddin Khilji?[/tps_footer]