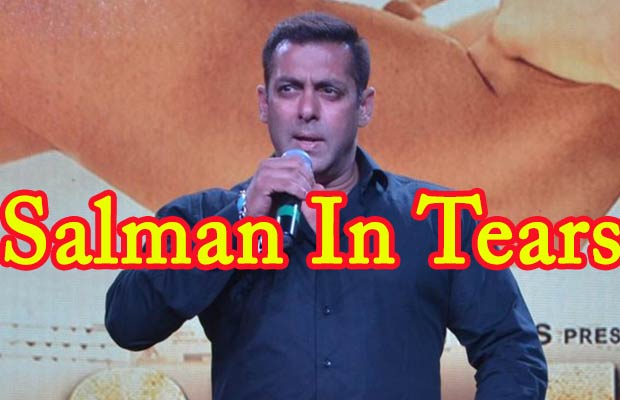 [tps_footer] We still have the hangover of ‘Sultan’ trailer and we must Salman Khan and Anushka have impressed all of us. But you know there was something that made Salman Khan cry during the shoot of ‘Sultan’. And that thing is a “Langot” that all wrestlers wear. Salman never felt so embarrassed and when he came to know that he was going to wear a Langot, he was fine with it. But as soon as he wore it and went in front 5,000 people he was actually terrified. Salman said,

“The most difficult part was the ‘langot’. Now, I understand what the actress goes through when they wear swim suit. When I was told I have to wear a ‘langot’, I thought I can do that. When I reached there, we saw like a 5,000 crowd and I was like no way I am doing this. While I was walking out of the vanity van, I was in tears… I feel violated,” Salman told reporters. “I was never ashamed while removing my shirt but this was the most difficult thing and thank God, people got used to it.”

‘Sultan’ is directed by Ali- Abbas Zafar and essays Salman Khan as ‘Sultan’. It is all set release on Eid.

Salman hopes that Sultan turns out to be a biggest hit. He said,

“We gave our best and I hope this is the biggest hit of our lives. Ali has given his life for this film if this works it’s great and if it doesn’t I will move on with my next film but Ali …. He has got Yash Raj with him.. they will never leave him.”