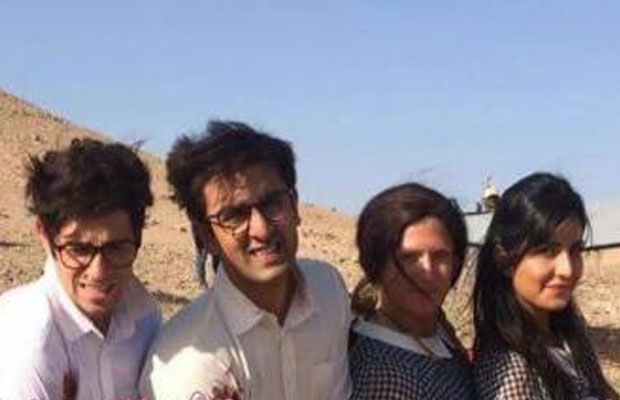 [tps_footer]We are aware that Ranbir Kapoor and Katrina Kaif recently shot for their Anurag Basu movie Jagga Jasoos in Morocco.

The movie is called Jagga Jasoos which is produced by Basu and Ranbir Kapoor. The film narrates the story of a teenage detective in search of his missing father. Ranbir had spoken about the movie and stated that the movie is loosely based on the iconic series Tintin. He said, “With Jagga Jasoos, Anurag Basu is trying to bring in a new genre of films to Bollywood. And it’s very interesting for me as an actor to play a young detective who stammers and is on his way to find his stepfather. It’s on the landscape of an adventure film like Indiana Jones or Tintin.” Now how exciting is that?

One question : Do we get to see Snowy ?

The movie that has seen both up and down hills is almost nearing completion and we are already running for the popcorn, guys!