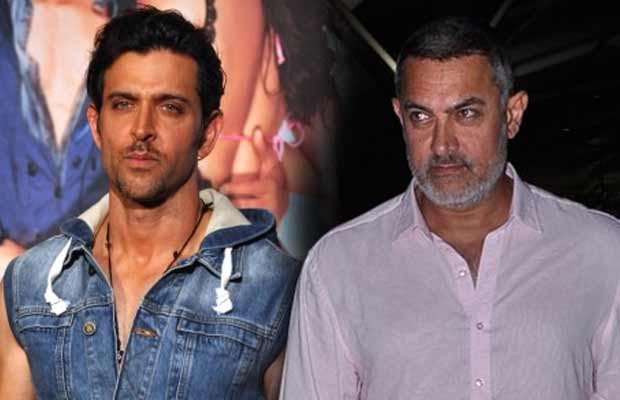 [tps_footer]In a time where actors in Bollywood sign films to promote their visibility in the market, the two most loved Superstars Aamir Khan and Hrithik Roshan are doing the opposite.

Aamir and Hrithik are the only 2 Superstars to have films releasing after nearly 2 years.

While Aamir is to hit the theatres with Dangal after 2014 where he was last seen in the Blockbuster Hit PK, Hrithik Roshan was also last seen in his action flick Bang Bang which went ahead to collect nearly 180 crores at the domestic box office is now to revisit the pre historic era with his action-romance Mohenjo Daro.

The actors are to be seen back on celluloid in 2016 with their fans anticipating their film’s release.

Both Aamir and Hrithik invest their time and energies in respective projects and are known to give in their all to one film at a time.

The actors have a long standing history of refraining to shoot simultaneously for two projects.

Aamir spent the last 2 years prepping and filming to play a wrestler, Mahaveer Phogat in his upcoming sports film Dangal.

Hrithik too immersed himself to play a primal man in Ashutosh Gowariker‘s magnum opus Mohenjo Daro.

The fans of both the actors Aamir and Hrithik are now waiting for the Superstar’s to recreate magic onscreen this time around too with Dangal and Mohenjo Daro.[/tps_footer]