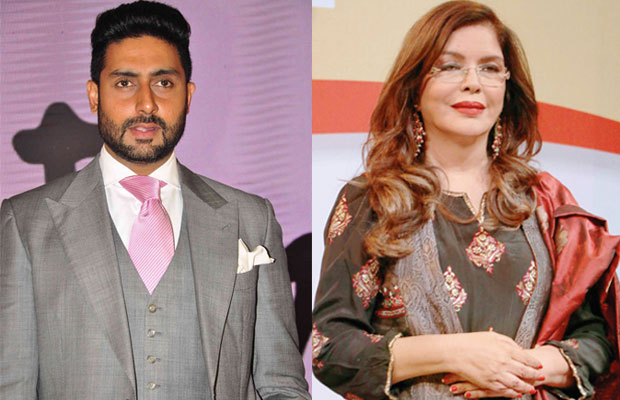 The new chat show on the block Yaaron Ki Baraat hosted by Sajid Khan and Riteish Deshmukh gets celebrity friends together on the show, creates a laughter riot and spills well-buried secrets.

He admitted that Zeenat Aman was his first crush and that he got a chance to interact with her often as she was in the filmy circle like his dad, Amitabh Bachchan. Once, when Senior Bachchan was shooting with her in Himachal Pradesh, Abhishek, who was five years old, had accompanied him for the outdoor schedule.

Post dinner, an innocent little Abhishek asked Zeenat Aman who she would be sleeping with. To this she responded “alone”.

Unaware of what it actually meant, Abhishek asked her if he could sleep with her!! The yesteryear beauty teasingly told him, “Thode bade ho jao phir…”