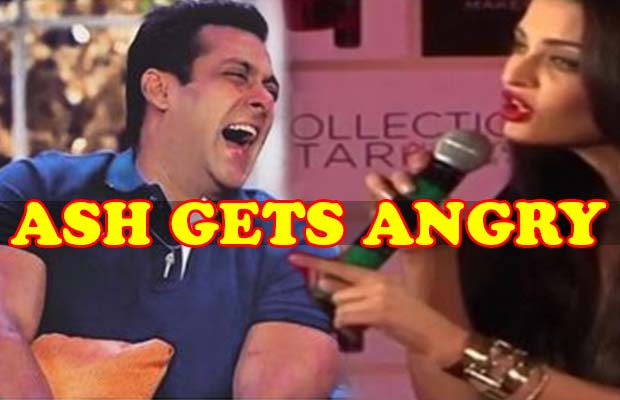 [tps_footer]Recently, Bollywood actor Abhishek Bachchan was in awe of his wife Aishwarya Rai Bachchan and also expressed that his wife never gets angry. He also said someone needs to do something really exceptional to make her upset. Well, we think that has happened now!

We all know Salman and Aishwarya were former lovers but due to their controversial breakup, they are nothing more than two strangers. While Aishwarya is happily settled in her life with Abhishek Bachchan, Salman has moved on and is currently roaring at the Box Office. Well, digging the past, again and again, is surely disheartening for Aishwarya.

Recently, Aishwarya lost her temper at Vashu Bhagnani‘s office when media asked her about Salman Khan. Post Sarbjit interview, the Jazbaa actress was asked if she would ever work with Salman Khan in future. Angry Aishwarya got up and stopped the interview right away. She not only stopped the interview but also made sure that her entire footage is taken away and deleted by the channel.

Vashu’s son Jackky rushed to calm down her but Aish refused to stay cool. Later, she asked other journalists to leave the space instead of just being spectators. Well, Abhishek Bachchan now you know what makes Aish angry?[/tps_footer]