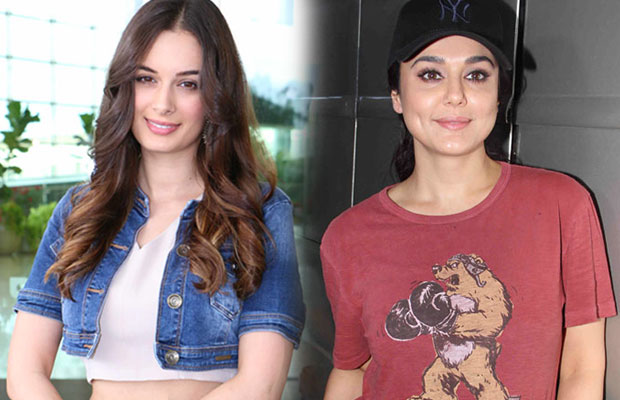 Actress Evelyn Sharma has reportedly walked out of actor Preity Zinta‘s upcoming movie “ Bhaiyyaji superhitt.” Evelyn was roped in to play opposite Shreyas Talpade in the film but the actress is said to have opted out, weeks after it went on floors. It was rumoured that she could not adjust her dates for the film due to her busy schedule.

Industry sources say “Evelyn decided to walk out of “Bhaiyyaji Superhit” because the trilogy is being made over four years and she could not allot bulk dates for the film.”

“Bhaiyyaji Superhit” was announced in November 2011. Later release was scheduled for 2012.First look poster was released in March 2012. It was inspired by a Johnny Depp photoshoot. But was temporarily shelved for some reasons. The project was revisited in May 2015 and production began in June 2016.

The actress says: “Since the production demands a certain amount of days more than what I expected it to be, I’m unable to allocate those additional days due to prior commitments made to other projects. Hence I had to willingly opt out of Bhayyaji Superhit. However it’s a great project and an amazing team, I would have loved to continue being a part of it had my schedule permitted, I hope to work with them soon time-willing.”