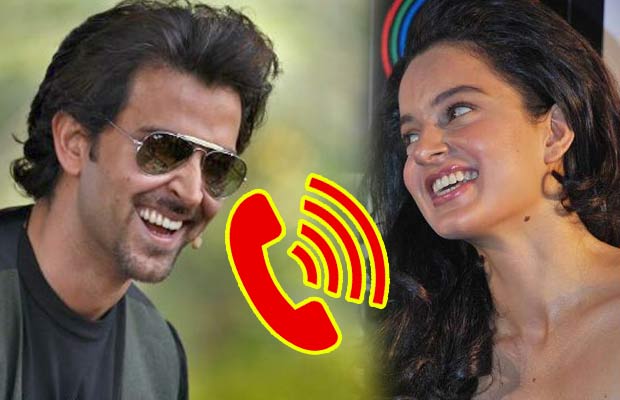 [tps_footer]Bollywood actress Kangana Ranaut had many ups and downs in life and one of many was her secret relationship with Hrithik Roshan, which has become a talk of the town now. The recent revelation of their secret relationship has set the media abuzz. While the two were hitting back each other with legal notices, we were surprised with another big shocking twist in Kangana and Hrithik‘s fight and the revelation that had come out to media recently.

Kangana Ranaut‘s emails sent to Hrithik were leaked out after the actor had submitted to cyber cell police for the investigation. Hrithik leaked emails that he had received from Kangana where the actress has made some confessions on her love for the actor. In fact, in one of many emails, the ‘Queen’ actress has also addressed Hrithik Roshan as ‘Jaan’.

Well, amid their nasty controversy and much more, here comes a leaked phone call conversation between Kangana and Hrithik. A YouTube channel named ‘Screen Patti’ has released the audio recording of the two stars talking and fighting on the phone call. Well, the whole conversation is nothing but a spoof audio of the exes. This YouTube channel has just mocked the two ‘exes’ over their over their legal mess.

We are sure this audio video is going to leave you in splits and also wait to hear Farhan Akhtar‘s special role in the conversation between Hrithik–Kangana.
[/tps_footer]