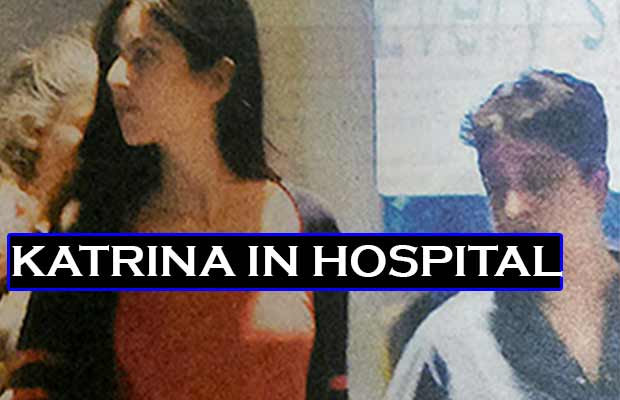 [tps_footer]Bollywood actress Katrina Kaif recently returned to Mumbai after wrapping up shooting schedule of her upcoming film Jagga Jasoos in Morocco. Katrina Kaif, who will star opposite estranged boyfriend Ranbir Kapoor in ‘Jagga Jasoos’, is surely going through a hectic schedule. The actress kept juggling between the shoots of ‘Baar Baar Dekho’ with Sidharth Malhotra and ‘Jagga Jasoos’ with Ranbir Kapoor. Well, it seems her hectic schedule has affected her health badly.

According to reports, Katrina Kaif was recently spotted at a hospital in Khar, Mumbai. The actress was spotted secretly entering the hospital with her manager and few female staffs tried to cover her so that no one comes to know about her visit at the hospital. However, the reason for visiting at the hospital is not known but there are possibilities that the actress might have fallen ill due to the bad weather. Well, whatever maybe the reason, we hope the actress is fine!

On the work front, Katrina will share the screen space for the first time with Sidharth Malhotra in ‘Baar Baar Dekho’. The ‘Bang Bang’ actress will also be seen in ‘Jagga Jasoos’, which is directed by Anurag Basu. Of late, Katrina was spotted shooting for a Dream Team live concert, which will be held at the Toyota Centre, Houston. The show stars some of the top of the line Bollywood stars like Jacqueline Fernandes, Aditya Kapoor, Karan Johar, Varun Dhawan, Alia Bhatt, Siddharth, Badshah and Parineeti Chopra. The show will be held on August 12, at the Toyota Centre, Houston.[/tps_footer]