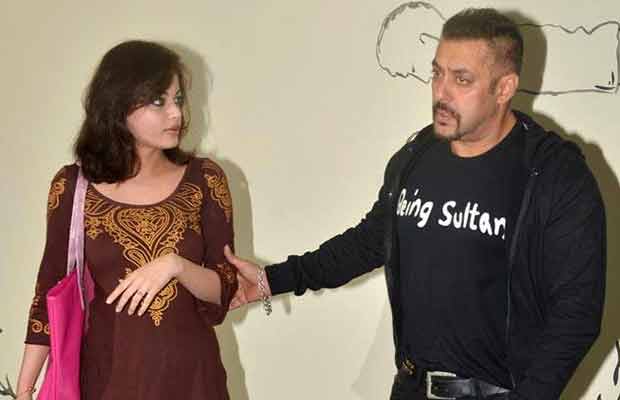 Remember Sneha Ullal? The blue-eyed girl who had made her Bollywood debut with the 2005 hit film, Lucky: No Time for Love, opposite Salman Khan.

Despite the fact that the film was loved by all, Sneha’s career didn’t propel to the success as she would have wished. Next, she landed a role opposite Sohail Khan in Aryan, from which Ek Look and Jaaneman songs are still popular. But that was about it for Sneha. She further appeared in a few minor roles in insignificant films, and even tried her luck, to no avail, in the South Indian film industry. But turns out the roadblock in Sneha’s career was something that we could never have imagined. The actress was suffering from a health disorder that affected her severely and hence she could never give her best to her career.

In a recent interview with a leading news daily, Snehal opened up about her struggle with an autoimmune disorder. “I was diagnosed with an ‘autoimmune disorder’. It’s a blood-related illness where my own immune system kept me unwell. So my body would become so weak that I would not be able to stand on my feet for more than 30 to 40 minutes and because I kept shooting for films even with this illness, it got worse. Beyond a point, I didn’t have the strength to do what an actress is expected to do – running around, dancing and continuous shooting etc. That’s when I had to stop and start my medication, because, there was no point in doing films and then falling sick every other day,” she said.

She further added, “There were times when I did not look great, and when you’re not at your best, you don’t want to step out of the house and that’s what I did. I stopped attending events, missed so many award functions, because, as an actress, you have to look good all the time. And if you don’t, people won’t understand why.”

Talking about her comeback, Sneha says, “First of all, I would like to clarify that it’s not a ‘comeback’. I think a comeback is when you intentionally leave the industry and try to make a return. But I never left the industry; it’s just that I wasn’t doing films due to severe health issues.”

Sneha also said that she had great support from her friends and family. “Physically I was weak but mentally I was strong all throughout these four years. All my close friends in Mumbai and the South kept boosting my morale at every point. Along with medication, I started working on my fitness to gain strength,” added Sneha.

Actress Sneha Ullal was last seen in Telugu films in Antha Nee Mayalone alongside Navadeep. She hasn’t acted in any film since then and has been away from the arc lights. The actress is now back with a film in Telugu which is titled Ayushman Bhava. She will play a dual role in the film, one of which will be that of a mermaid.  The film stars Amala Paul in the lead role along with Charan Teja, who is also directing the film.