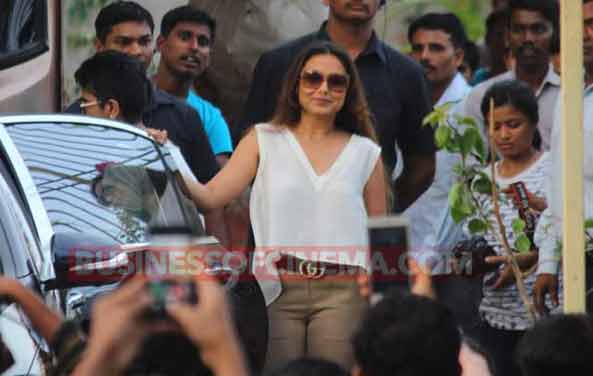 Rani Mukerji is finally set to make her big comeback in Hitchki directed by Siddharth Malhotra. The Bengali bombshell was last seen in Pradeep Sarkar‘s Mardaani which released in 2014. It has been three years almost since we haven’t seen Rani on screen.

Meanwhile, Rani also had a baby and now that her daughter Adira is over a year old, she is ready to return to work. Husband Aditya Chopra has made all plans for a perfect comeback.

Rani is making her return with Siddharth Malhotra‘s next film which is an emotional tale of a disabled person. Rani had effortlessly pulled off a specially abled character in Black. Now she will again do the same.

Although the film was written for a hero and was offered to Emraan Hashmi and Abhishek Bachchan, when Aditya came on board, he asked the director to change the gender of his protagonist and cast Rani instead.

The character that Rani plays has a weird ailment. She shouts uncontrollably while she talks. Rani will pull it off, we are sure.