Like all normal exes, Iulia Vantur also likes keeping a tab on ex-boyfriend Salman Khan’s life. What better way to do that than social media, no?

Iulia Vantur liked a picture posted by Salman on Instagram within 30 minutes of it being uploaded. But before there could be any conjectures on the ex-lovers reuniting then there…there…she put the probable speculations to rest by suddenly ‘UNLIKING’ the picture!!

Now when you search for ‘likers’ on this picture, you won’t find her. But we have a snapshot for you.

We don’t know if this was a momentary lapse of knowledge that they have broken up or did she want to play safe and not desperate and hence unliked it?

We wonder what Salman Khan would think about this kind of social media behavior of ex-girlfriend Iulia Vantur!

All the Salman fans were in for a surprise earlier this year when the grapevine was buzzing strongly about their marriage like never before. And then suddenly the two separated and reports came in that our beloved Bhai still doesn’t feel like tying the knot.

Seems like the two have indeed moved on. At least, that’s what their social media page gives us an impression of. Iulia’s Instagram is full of party pictures and catching up with her girl gang in Romania. Check them here.

What do you think of this strange social media act which got caught? 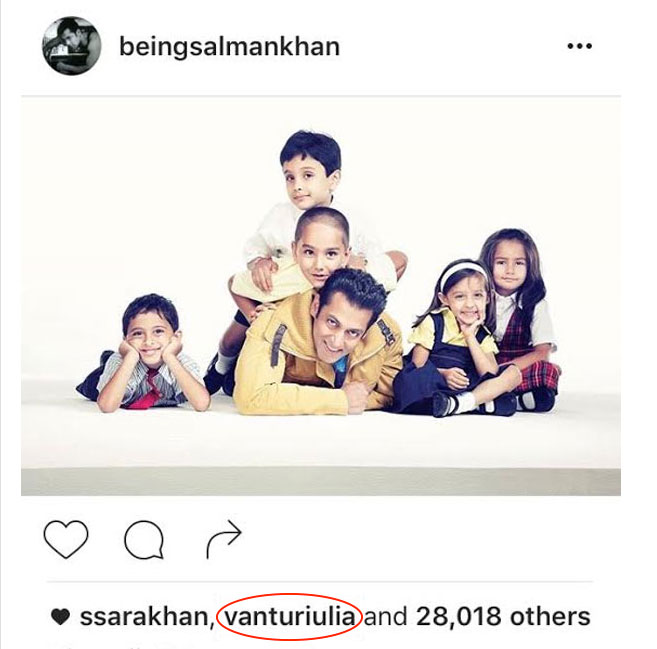