Bollywood celebrities surely can’t beat their kids when it comes to accessing social media. In one such case, B-town actress Kajol recently posted a picture of her with different expressions from one of her films on Instagram page and captioned it as, “when I see my babies together @nysaadevgan”

Well, Kajol and her daughter Nysa often indulge in fun banter on social media and it happened once again. Nysa had an epic and hilarious reaction to her mother’s Instagram post. Responding to the same in a quirky manner Nysa commented on the photo as, “Mommmmm… why do you have to be so extra.” 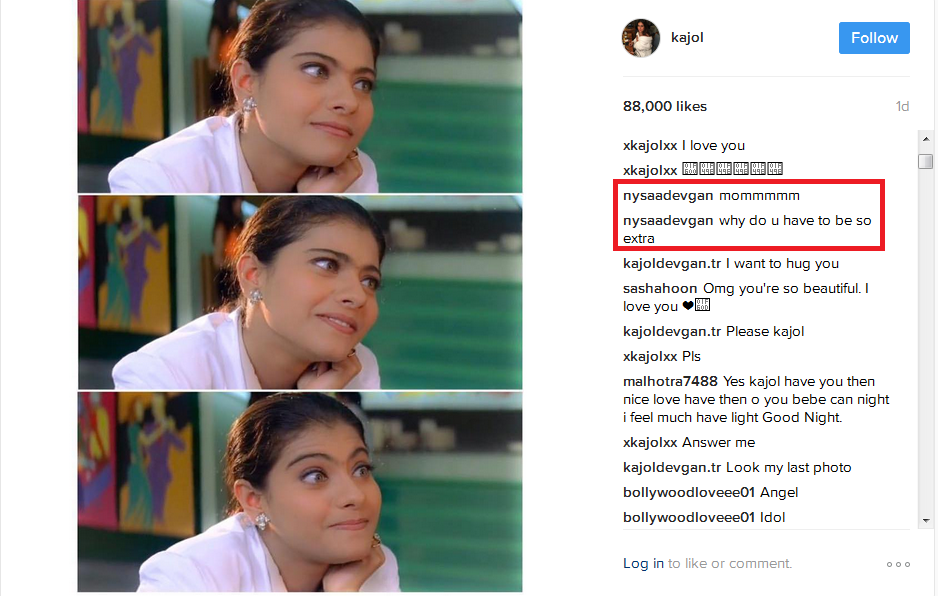 We wonder what would be Kajol’s reaction to this after simply being trolled by her daughter on social media!

On the work front, Kajol was last seen opposite Shah Rukh Khan in Rohit Shetty’s Dilwale. Besides, she was seen promoting her husband Ajay Devgn’s last film, Shivaay. Now she will be seen in a Tamil film titled Vellai Illa Pattathari 2 (VIP 2).