Nargis Fakhri is one actress who is always on point when it comes to fashion. The actress is always on the glamorous side and makes sure she sets the trends instead of following them. Well, the actress has encountered an embarrassing issue lately. Nargis is all prepped up for her upcoming film ‘Banjo’. The movie stars Riteish Deshmukh in a lead role opposite Nargis.

The stars of the film are leaving no nook and corner unexplored for promoting the film. Nargis was recently supposed to visit a dance reality show for the promotion of ‘Banjo’. The actress was all decked up to appear on the show and she chose to wear a knee length blue toned dress. The only glitch in the dress was that it was too exposed.

The dance reality show was a family oriented show and therefore the actress was asked to cover up her exposed attire. The starlet, however, did not abide to the advice and finally the makers had to intervene.

The makers of the show then told the actress that they will not proceed with the shoot if the dress remains unchanged. Finally, after loads of discussion, Nargis Fakhri pinned her exposing dress.

Nargis posted the picture of her dress on Instagram too. 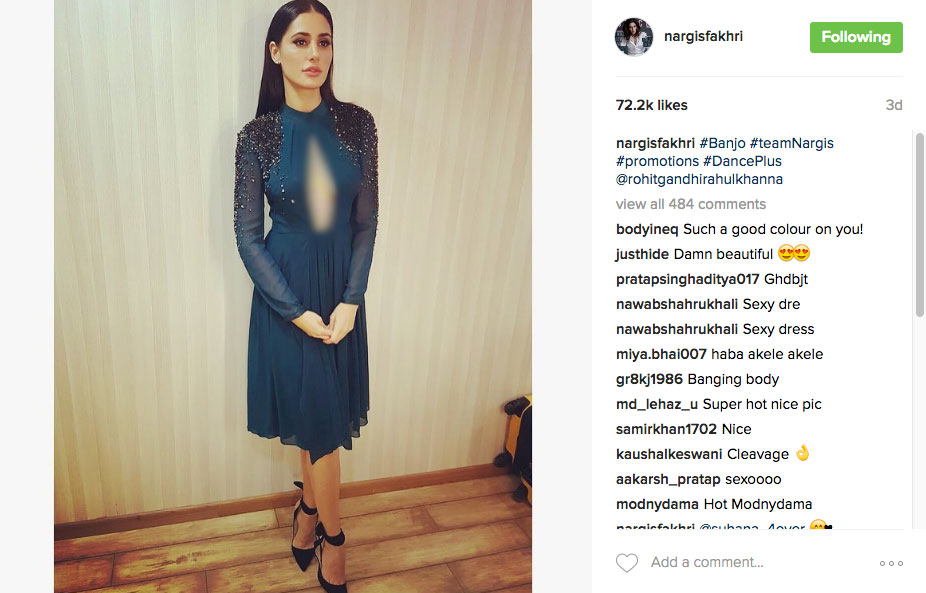