Sonakshi Sinha’s different look at IIFA gets trolled by the people!

We have already shown you all some of the glimpses of the green carpet event. While some of the celebs were at their stylish best, some others made a goof-up with their outfits.

Actresses like Katrina Kaif, Alia Bhatt, Kriti Sanon and Disha Patani impressed everyone with their flawless looks. But there were a few others who missed out when it came to nailing fashion. To name a few among those were actresses like Neha Dhupia, Taapsee Pannu and Iulia Vantur.

The Dabangg girl Sonakshi Sinha was also seen at the green carpet where she was seen experimenting with her look. Although spotted on the green carpet, it was not actually for IIFA. The look was for Sonakshi’s upcoming film, as revealed by the celebrity photographer Viral Bhayani.

This was not part of the green carpet but an actual shoot and look from #sonakshisinha new film. I was not allowed to take any pics but I luckily did this video out of curiosity #iifa2017 #newyork #instacool #instagood #bollywood #instaglam #photooftheday @viralbhayani

Adorning a white saree with a colourful pallu, Sona went for a shoulder-less blouse. She had accessorised her look with a pretty necklace and gold drop earrings.

While some find her look pretty, there were some others who were not impressed with the ‘Noor’ actress’ appearance. People were mainly criticising her blonde coloured hair, which did not quite went well with her outfit.

Check out some of the comments made by the Twitter users on Sonakshi’s look: 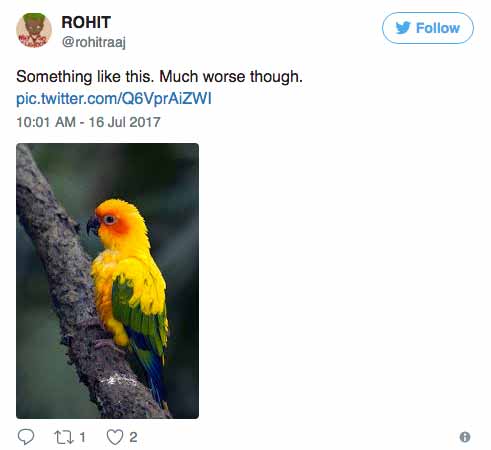 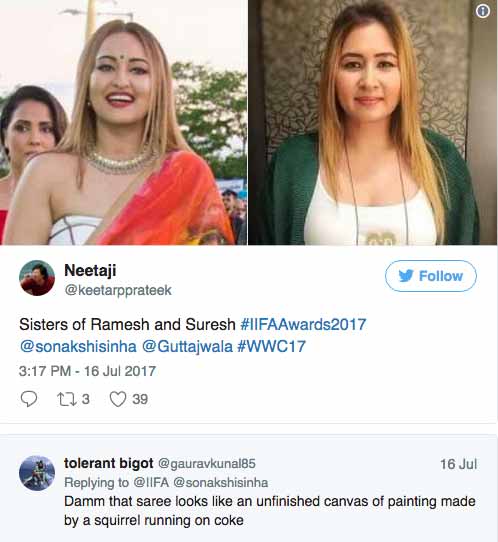 Talking about the work front of the actress, Sonakshi Sinha is going to be seen the film ‘Ittefaq’. The film also stars Sidharth Malhotra, Akshaye Khanna and Rajkummar Rao. It is slated to release on November 3, this year.