Anurag Basu’s much-delayed directorial Jagga Jasoos starring Katrina Kaif and Ranbir Kapoor is finally releasing this July. Ranbir and Katrina are all over the place promoting their film together across all media platforms. The former couple recently headed out to Abu Dhabi to promote their film. Their on-screen and off-screen chemistry has already piqued the curiosity of the audiences with their antics at promotions. One just can’t wait to see them together again on the big screen.

Besides, the songs and the recently released trailer of the film has already hit the right chord. Well, now we have come across more stills from the film, which might raise your curiosity to watch the film. Here are the images of Ranbir and Katrina riding a goods rickshaw wearing next to nothing.

During one of the interviews, Ranbir had mentioned about a scene where he and Katrina are seen hiding themselves in a basket. In that scene they lost their clothes in the fire. Looks like these stills have some connection to the same. 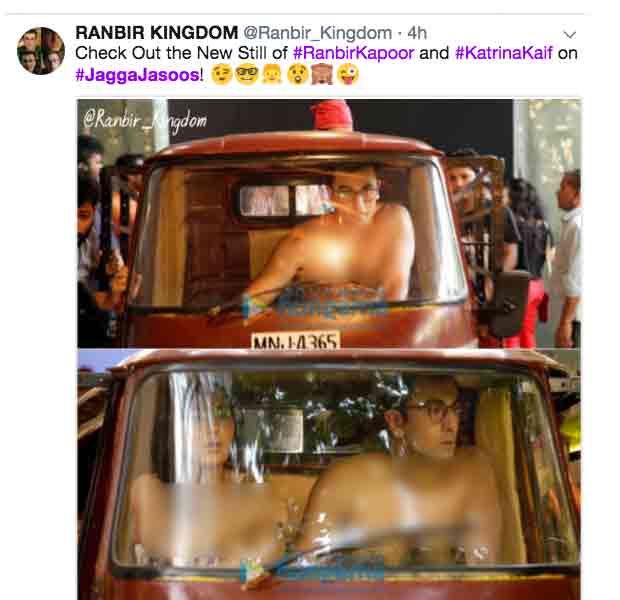 All of these have left the masses in complete anticipation.

Disney and Pictureshuru Production’s Jagga Jasoos directed by Anurag Basu is set to release on July 14, 2017. The film stars Ranbir Kapoor and Katrina Kaif in the lead with music composed by Pritam.