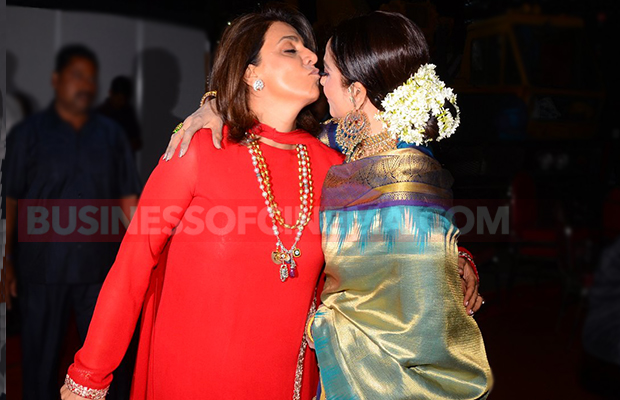 Embarrassing moments are quite common in all our lives. It can occur anytime and at any place. If we look at Bollywood celebrities; they are always camera-ready but there are times when they were caught unaware. Well, we are here to dig deep into the history of the most awkward kisses between the noted celebs of the Hindi film industry which happened at the most unexpected time and place!

A similar incident happened at the recently held Sansui Stardust awards when actors Rekha and Neetu Kapoor greeted each other as they arrived. When both of them hugged they almost kissed each other! While there was one instance where Katrina Kaif while greeting Rani Mukherjee fell over and almost touched her lips, another moment involves a similar awkward kiss between Kareena and Bipasha at an award ceremony.

Take a look at these epic pictures revealing some of the most embarrassing kisses of Bollywood celebrities!