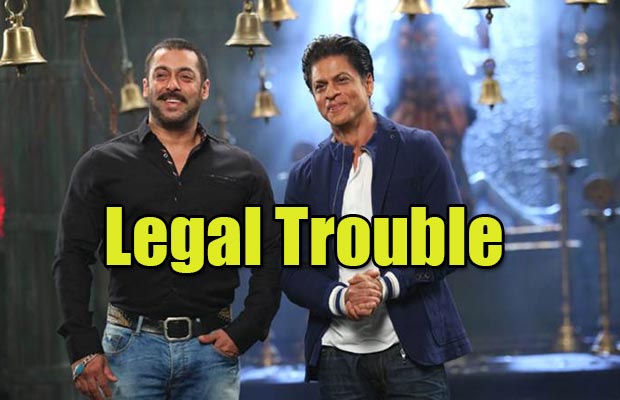 [tps_footer]Bollywood industry has a lot of stars who have faced the burnt of their own doings and most probably; they are often dragged into public and law scrutiny for not so worthy causes. Bollywood actors Salman Khan and Shah Rukh Khan surely make their impressive appearance, but their recent appearance on Bigg Boss 9 has put them into trouble. The two stars have fall into legal trouble for the promotional video of Bigg Boss 9, in which the two stars had recreated ‘Karan Arjun‘ scene.

A local court in Meerut on Friday accepted a plea by Hindu Mahasabha against Bollywood actors Salman Khan, Shah Rukh Khan and a private TV channel. The trouble aroused for the actors and the makers, as they purportedly showed the actors inside a temple wearing shoes.

“A scene with Shah Rukh Khan and Salman Khan inside a Kali temple on the sets of TV reality show ‘Bigg Boss’ was broadcast by Colors channel in December last year,” Bharat Rajput, president of Hindu Mahasabha’s Meerut unit said.

Also, a written letter has been sent to the SSP and the district magistrate and also an email has been sent to the channel over the issue. It is being claimed saying that wearing shoes at any religious place and airing it on national television, has hurt people’s religious sentiments. As the officials didn’t respond over the issue, Bharat Rajput went forward to file the petition at the court against the channel and the stars.