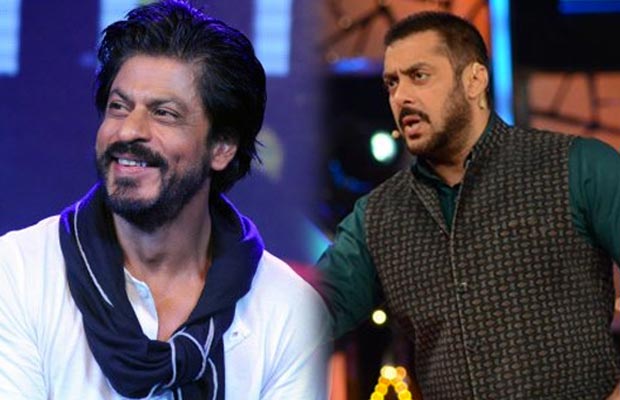 [tps_footer]Shah Rukh Khan and Salman Khan are preparing themselves for their upcoming movies Raees and Sultan respectively. However, both the super Khans apart from their previous hits are yet again making news for their one of a kind problem. As we all know, Shah Rukh Khan’s leading lady for the film Raees is Mahira Khan. The new talent bundle is of Pakistan nationality and due to the recent controversies of banning the Pakistani actors; the film’s schedule is apparently going haywire.

Similarly, Dabangg superstar Salman Khan who is still on the hunt for a leading lady for his film Sultan, is shooting just his solo scenes and is waiting for a promising face. Both the mind blowing talent bundles SRK and Salman are on the same boat with undecided leading ladies for their respective projects. Nevertheless, Mahira Khan is already signed for the film Raees; the political hassle is proving to be a hindrance for the makers. Both the films Raees and Sultan have locked in the festive dates of Eid. Reports are nonetheless rife about the fact that the films might not see a clash at the box office

Coming to Shah Rukh Khan’s film Raees, the makers are now looking for other solutions for Mahira’s hassle and are thinking of shooting the scenes in other places where they might not face a political problem.

Rumors making rounds also suggest that if the problem does not get solved, Mahira might also be dropped from the film. Seems like, both Shah Rukh and Salman are surrounded with back to back problems with their films Raees and Sultan. Salman Khan’s film Sultan is based on the genre of sports, whereas; Shah Rukh Khan will be seen in an intense avatar in Raees.

Both the top stars are currently in a happy space with a promising 2015, Shah Rukh Khan is on cloud nine with the collections of Dilwale, whereas, Salman Khan is also on a joy ride with two blockbusters Bajrangi Bhaijaan and Prem Ratan Dhan Payo.[/tps_footer]