Director Ram Gopal Varma surely knows how to stay in the limelight with his controversial tweets. RGV’s tweets know how to create news and this time, once again he is in the news after he made fun of Bollywood actor Tiger Shroff on his birthday. From Amitabh Bachchan to Sonakshi Sinha and many, RGV has taken a jibe at many celebrities and this time the target was Tiger.

On Tiger Shroff’s birthday, RGV made some insulting tweets by calling the actor “g*y”. The ‘Sarkar 3‘ director went on a rant, calling Tiger Shroff a “bikini babe” before giving him tips to learn “machoism” from his dad Jackie Shroff.

Not just one, he posted back to back posts that was rude. He later deleted the post after facing the brunt for doing so on the social media. But here are the screenshots of the tweets that were deleted by the director: 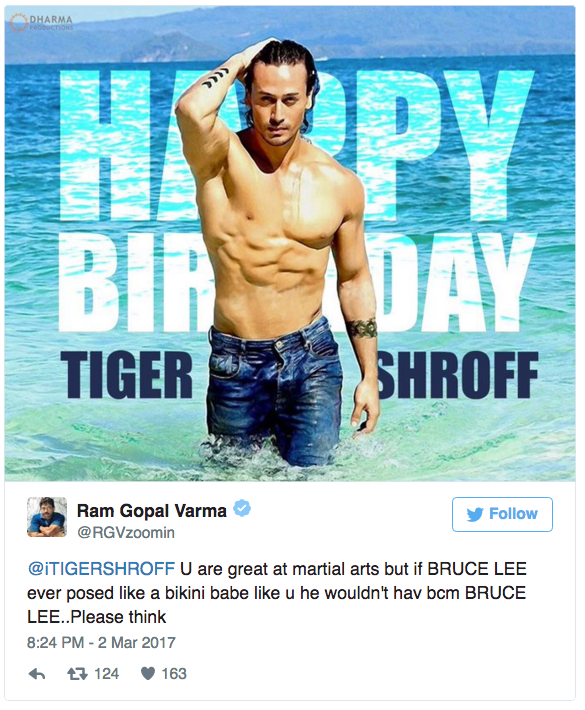 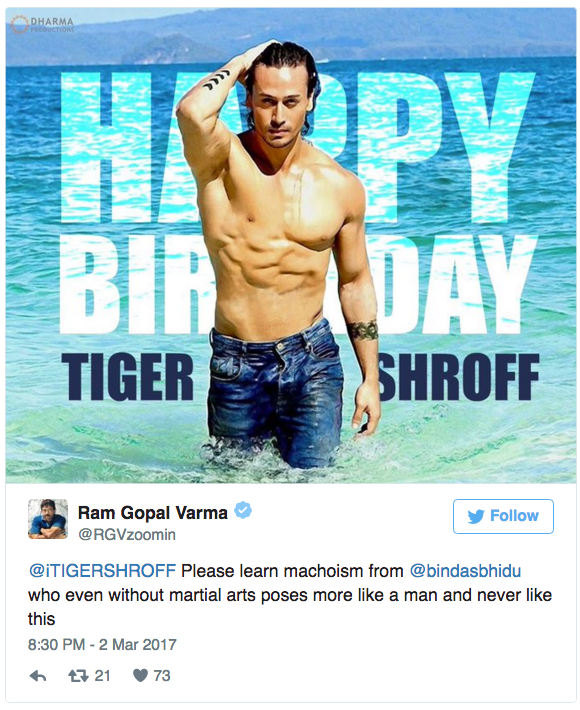 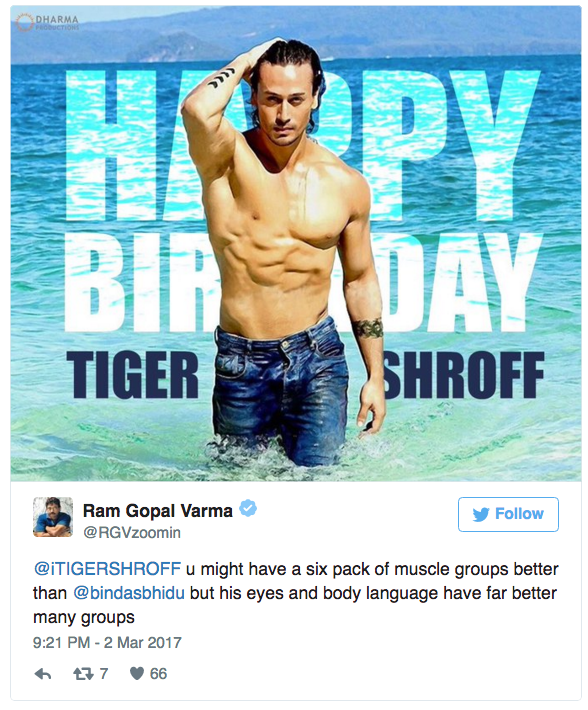 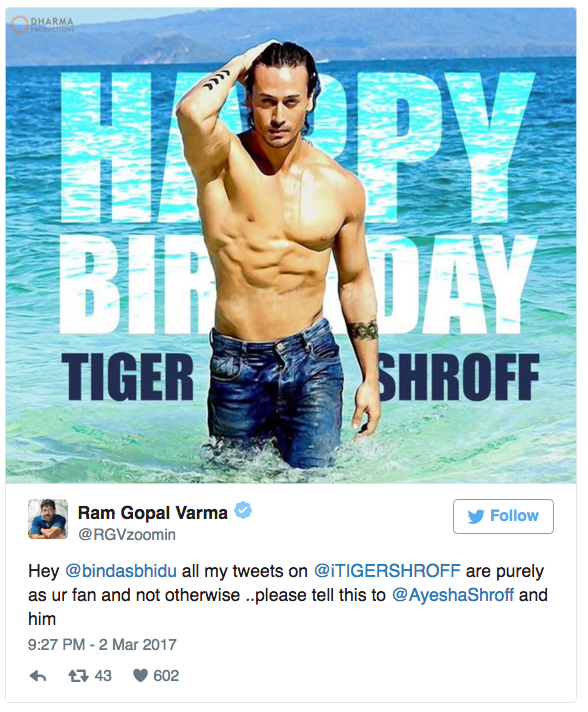 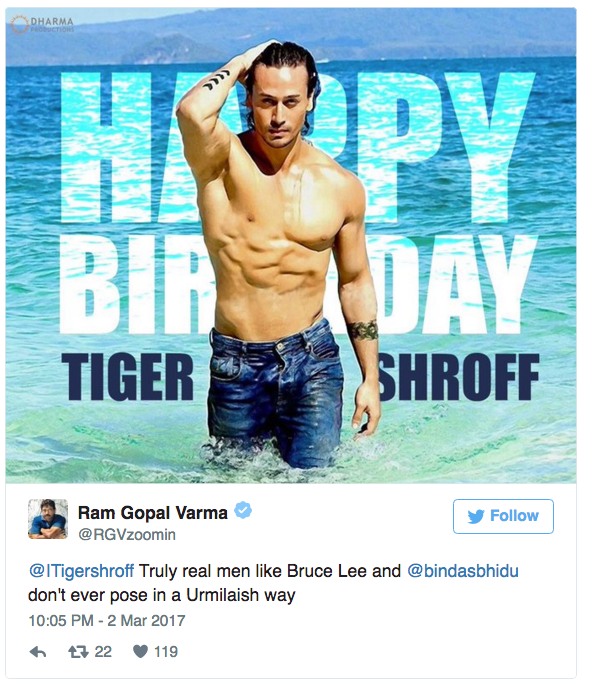 Ram Gopal Varma also took to twitter to justify himself by calling his tweets from a fan’s point of view. He wrote, “Hey @bindasbhidu all my tweets on @iTIGERSHROFF are purely as ur fan and not otherwise ..please tell this to @AyeshaShroff and him.” 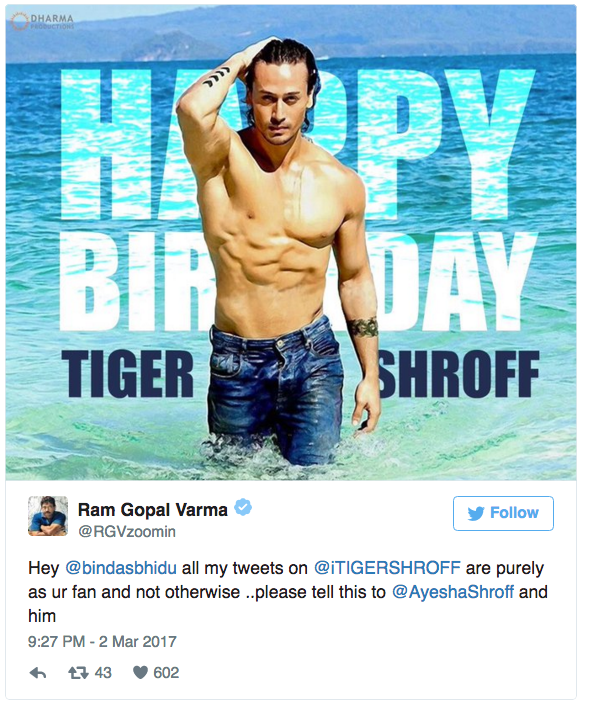