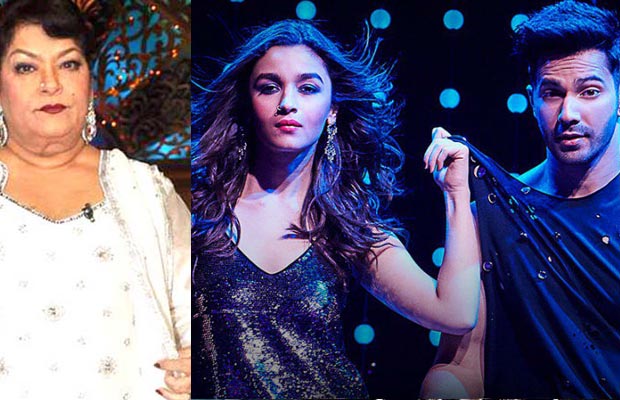 The makers of Badrinath Ki Dulhania invited everyone related to this song to participate in the creation of the song. They also danced on it after being shot! But strangely, Saroj Khan was not a part of this celebration. Seems she is upset about the same.

As reported by DNA, Saroj Khan said this, “Why should they call me? They don’t owe me anything?” Saroj Khan retorts coldly when asked why she wasn’t there to even watch the song. While Madhuri Dixit who had danced to Saroj Khan’s choreography was called to view the new Tamma Tamma performed by Alia Bhatt and Varun Dhawan.

“Maybe they felt since my assistant Madhuri Dixit was there, they didn’t need me around,” Ms Khan said in a very sarcasm tone. She further added, “You have to ask them why I wasn’t invited. I don’t mind not being invited….The new version of any of my dance numbers have to be of some standard for them to invite me to watch it.”

When asked what she thought of the new Tamma Tamma, Saroj Khan becomes diplomatic. “I haven’t seen the whole song. I’ve just seen the trailer. And I can’t comment.” Saroj Khan admits she isn’t doing much choreography these days. “I worked hard because I needed to look after my children. Now my children don’t want me to work. They want me to rest at home. I am happy doing that.”