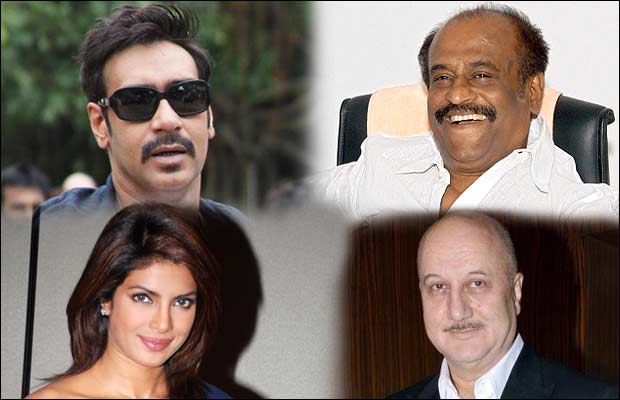 [tps_footer]Padma Awards is one of the highest civilian awards and its undoubtedly a great achievement to be honoured by it. With this, the winners list of the most prestigious awards is out! The Government has announced the winners of the Padma Vibhushan, Padma Bhushan and Padma Shri awards for the year 2016.

On the basis of their talents, distinguished personalities from the field of entertainment, sports, public service and others have been awarded for their excellence and brilliance in their respective fields.

On the other hand, Bollywood actors Ajay Devgn, Priyanka Chopra and other prominent personalities have been honoured with Padma Shri Awards. While Padma Vibhushan awardees include: Filmstar Rajinikanth, Ramoji Rao, Shri Shri Ravi Shankar and few others.

Ajay Devgn who is currently in Bulgaria for the shooting of his upcoming film Shivaay took to his twitter handle to express his happiness. He tweeted, “I am humbled into silence with this honour from my country.”

Along with Ajay, actress Priyanka Chopra, Anupam Kher, Rajinikanth and singer Udit Narayan are other few winners from B-Town.

Here is the full list of Padma Shri awardees: