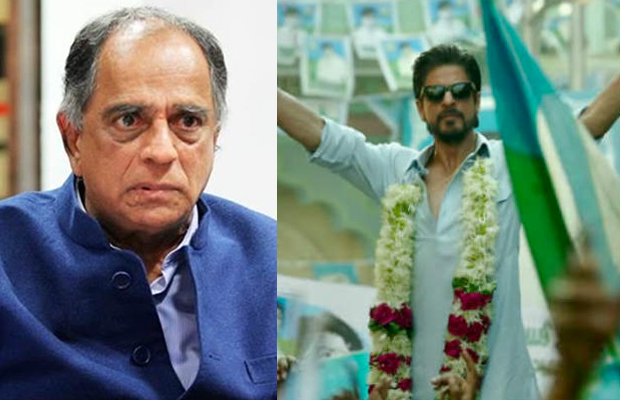 Raees starring Shah Rukh Khan was sadly banned by the Pakistan Censor Board for release in the country. It has been very disappointing for the Raees team who expected a worldwide success. Mahira Khan is too upset about the same as she has plans to enjoy the movie with her friends and family in her home country.

This did not work very well with Pahlaj Nihalani, Chairperson of Indian Censor Board. He said, “What do they mean by saying Raees is anti-Muslim? Do they care more about the sensitivities of the community than we do? Let me remind them that there are more Muslims in India than in Pakistan. And we at the CBFC (Censor Board Of Film Certification) follow guidelines regarding the sensitivities of all communities very carefully.”

He totally refuses to accept the decision of the Pakistan Censor Board and added “The protagonist in Raees is shown to be a Robin Hood. He helps the needy, works for the betterment of the poor, dislikes dishonesty and respects his country. More than all these factors, it is Shah Rukh Khan who plays Raees. Do the Pakistan’s censors think a superstar of Shah Rukh’s stature would play an anti-Muslim character? Shah Rukh is always careful not to hurt anyone’s sentiments.”

He also said, “The ban on Indian films had just been lifted by Pakistan’s government bringing relief to the movie theaters. Now the Pakistani censor board bans the biggest blockbuster of the season. I am sorry to say this won’t stop Pakistanis from seeing the film. They will watch the film on pirated videos and on the internet. They want to see their own Khan (Mahira) with King Khan. They can’t be stopped.”

He finds it really unfair and stated, “The film’s Pakistani distributors can go to the revising committee who will hopefully see that Raees is not anti-Muslim. It is anti-crime.”