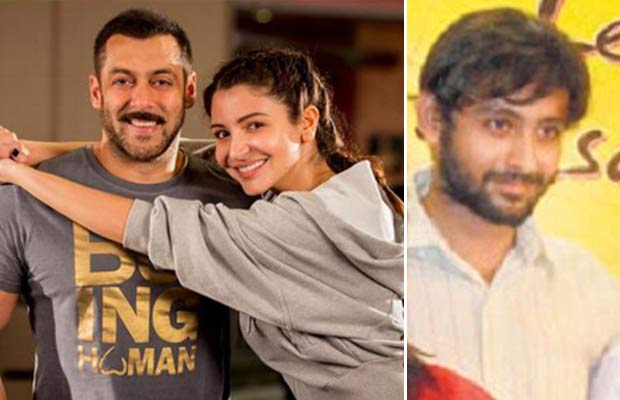 [tps_footer]Paresh Rawal, a phenomenal actor who has made a successful career in Telugu movies and then turned to Hindi films, has a wide range of characters that he has played. Right from being a hated villain on screen to a comedian who has entertained audiences in every role he has played. Now, it’s time for his son Aniruddh Rawal to make his career and he is very keen on making a career in the world of cinema and follow the footsteps of his father.

Usually, star kids get a big launch pad in the industry and a lot of family and friends support in the industry with a lot of guidance. But Aniruddh will be starting his career by being an assistant director for Anushka Sharma and Salman Khan starrer and a much awaited movie Sultan, he will be learning everything about movies but he will stay behind the camera for a while until he is all set to face the camera and bring written characters alive on screen. He is currently, guided and mentored by none other that Naseeruddin Shah.

Before becoming an assistant director in Sultan, Aniruddh, first assisted Naseeruddin‘s wife Ratna, on her theatre directorial debut, A Walk in the Woods, where Naseer and actor Rajit Kapur essayed the role of a Pakistani and an Indian diplomat, respectively. Aniruddh was back with “Motley” for their recently opened play, Einstein, as stage manager, and was reported doing a fine job. After all, he was and he is still learning from the best in the business of theatre and cinema. There will be a lot of expectations from him and it will surely be a tough task to successfully make a mark in the showbiz just like Paresh Rawal and Naseeruddin Shah have done.

We usually feel that it’s easy for star kids to make it big in the industry. True in one way that they get entry and a launch because of good contacts and all, but ultimately it’s only hard work and talent that can make you survive in B-Town. Plus they face tons of expectations from others as they start with their careers and are constantly compared to their family members who have made it big in the industry.

The list of movies that Paresh Rawal has been part of and has stunned his audiences with his terrific performances are endless. He made a start for his acting career with villainous roles in Telugu box office hits such as Kshana Kshanam,Money, Money Money, Govinda Govinda, Teen Maar and then his unforgettable works in Hindi movies like Naam, Shiva, Mohra, Tamanna, Aitraaz ,TableNo. 21, Zilla Ghaziabad.

After his hard hitting performances, Paresh Rawal tickled everyone with his comic timing and he performed in hit movies like Andaz Apna Apna, Chachi 420, Hera Pheri, Nayak, Aankhen, Awara Paagal Deewana, Hungama, Hulchul, Deewane Huye Paagal, Garam Masala and many more. Well, the list is truly endless but it will be a great deal of work for his son Aniruddh to live up to such great expectations and be a terrific performer.

Good luck Aniruddh for your career and life. Make your parents and mentor proud !![/tps_footer]