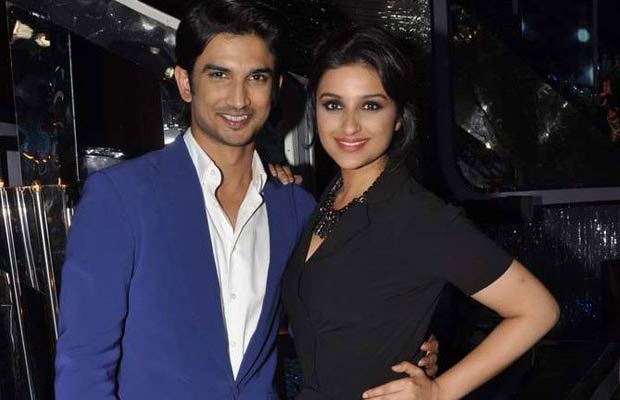 [tps_footer]Sushant Singh Rajput and Parineeti Chopra were last seen together in the film ‘Shuddh Desi Romance’. The two stars flaunted their mind blowing chemistry in the movie. Moreover, the audiences also loved their on-screen pairing. Sushant and Parineeti who have not been paired opposite each other since three years might soon reunite.

Reports state that Parineeti and Sushant will reunite for Homi Adajania’s next project. Parineeti Chopra who is currently shooting for ‘Meri Pyaari Bindu’ has been out of the limelight lately. The actress has transformed her image to a large extent and is looking marvellous in her toned avatar. Seems like, after a short break the starlet might sign another project too.

It is being said that Parineeti is already in talks with Homi Adajania for his next project. The film will feature Sushant Singh Rajput too. The movie will be a romantic one and Parineeti will play Sushant’s love interest. The highlight of this film is that actor Irrfan Khan too is a part of it.

Apart from the stated project, the Ishaqzaade actress is also shortlisted for two more films. No clarification on the same is yet made. Currently, the mind blowing actress is busy with ‘Meri Pyaari Bindu’ which stars actor Ayushmann Khurrana in a lead role.

On the other hand, Sushant Singh Rajput is busy with Dinesh Vijan’s ‘Raabta’ opposite Kriti Sanon.[/tps_footer]