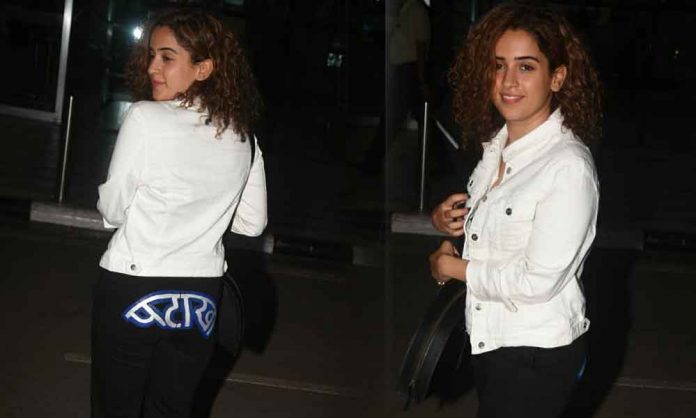 The actress’ journey in B-town from Dangal to now Pataakha and Badhaai Ho has been a captivating one. While Sanya Malhotra sported an unconventional avatar with short hair in her debut film, the actress has impressed fan all over with her rustic and rooted look in Pataakha. Badhaai Ho features Sanya in an urban avatar for the first time showcasing the varied fashion sense of the actress.

Be it on-screen or off, Sanya doesn’t fail to surprise us with her curated looks and Style.

The actress will treat the audience with not just two different characters but different genres altogether as Pataakha is a comedy-drama and Badhaai Ho is a coming-of-age story.

Sanya Malhotra has been garnering immense appreciation for her versatile performances in the upcoming film trailers of Pataakha and Badhaai Ho.

Sanya Malhotra has time and again treated the audience with her flawless dance videos which one can’t stop watching over and over again.

The actress is currently juggling between multiple projects and leaving no stone unturned to do justice to her characters.

On the work front, Sanya will be seen next opposite Ayushmann Khurrana in Badhaai Ho, Vishal Bhardwaj’s Pataakha and Ritesh Batra’s film ‘Photographer’ alongside Nawazuddin Siddiqui.