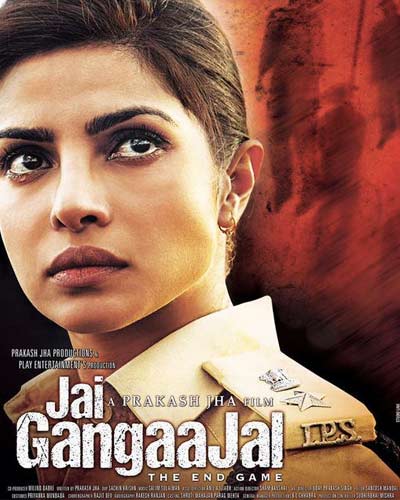 In a surprising turn of events, it has been revealed that production houses Reliance Entertainment Pvt Ltd and Phantom Films have claimed ownership of Prakash Jha’s much talked film ‘GangaaJal 2’ starring Priyanka Chopra. Reportedly the legal notice sent to the filmmaker has changed the title of the film to ‘Jai GangaaJal’. Towards which Jha didn’t retaliate as it is not a sequel to the earlier released film ‘GangaaJal’ starring Ajay Devgn.

Reportedly, Jha’s close friend Manmohan Shetty who was backing the project since its inception has stepped down and sold the rights of the film to Reliance and ‘Phantom’ without informing him about the same. Manmohan Shetty’s company Entertainment One India Limited has sold the legal rights of the film to the two production houses, and this has left Prakash Jha in a dismay. Jha who holds Shetty in a highly respected position, was shocked to learn that someone else is now claiming rights over his blood and sweat.

According to the director, 50% of the film ‘GangaaJal’s’ profit comes directly to him from any source of revenue. And now Reliance and ‘Phantom‘ are claiming profits over a project they have made zero investment in. This has put Jha in an distressed position as he is the one who has been the face and name behind the film ‘GangaaJal’ ever since it released first in the year 2003. With Priyanka Chopra as the leading lady this time in ‘Jai GangaaJal’, naturally the stakes are high.

The director is shocked as to how Shetty’s company could make ‘GangaaJal’ with anyone apart from him, who has written and worked behind the film tirelessly since the start. Jha states that he finds the notice quite unethical, and will not allow Reliance and Phantom take his brainchild away. He added, “There was no objection raised past two years since my announcement of the film or dur ing the shooting of the same. But now, just when I have completed it and am ready for release, the notice has come only now. I will not let them take GangaaJal away from me.”

Both the representatives of Reliance Entertainment Pvt Ltd and Phantom Films have not made any comments.