Sonam Kapoor recently shared a beautiful selfie with Anushka Sharma from the sets of Sanjay Dutt Biopic on Instagram.

While we only get to hear about the cat fights the Bollywood actresses get into, here we are, to tell you about the new friendship blooming in the glamour world. Yes, two equally charming beautiful ladies can be friends!

Recently, the Neerja actress, Sonam Kapoor and Anushka Sharma were in New York for shooting their parts for Rajkumar Hirani’s biopic on Sanjay Dutt. Sonam Kapoor joined Anushka and we are sure both the girls had a gala time together! Atleast that is what we can make out from Sonam’s post on Instagram.

Sonam captioned her picture with Anushka ”If you are always trying to be normal, you’ll never know how amazing you can be.’ – Maya Angelou #tobeingamazing @anushkasharma.” You sureare amazing, Sonam! 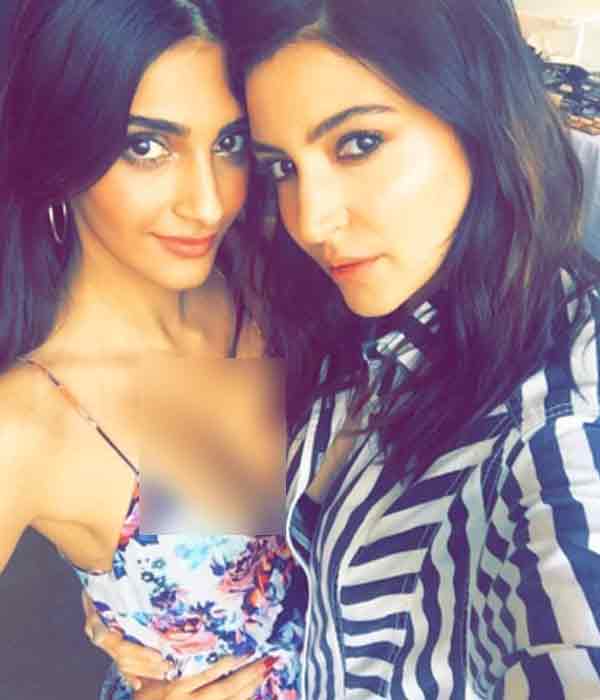 Anushka also re-shared the picture and wrote ”Gorgeous <3 @sonamkapoor.” So much love?Aww!

Actor Sanjay Dutt’s life has been a roller coaster ride and to see a movie based on our beloved Munna Bhai’s life sounds quite interesting. Doesn’t it? The movie is still untitled.

Sonam and Anushka choose to keep mum about their roles in the movie, but the rumour has it that Anushka would be playing a journalist while Sonam’s role still remains unknown to us.

The movie which went on floors in January 2017 is said to be released in March 2018.

Watch Video : Sonam Kapoor And Jacqueline Fernandez Bond With Each Other At Gauri Khan’s Bash