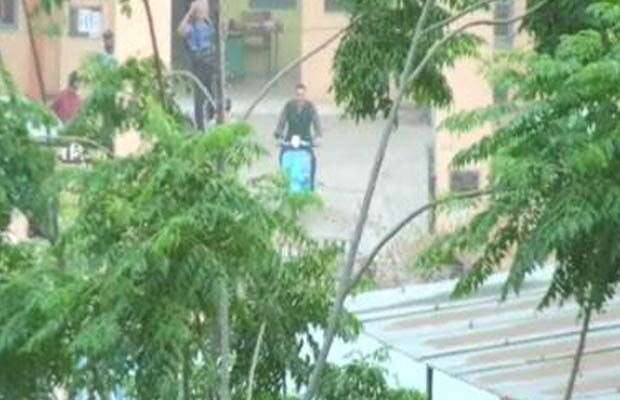 [tps_footer]Crowd flocking at the shooting location is obvious when Bollywood actor Salman Khan is present at the shoot. Salman, who is shooting for his upcoming film ‘Sultan‘ in Muzaffarnagar, Uttar Pradesh, has been given huge police security to protect him from fan frenzy. According to what we hear, tight security has been beefed up for Salman Khan while shooting for his film in UP.

The ‘Being Human’ star is currently shooting for his film ‘Sultan’ in Bihargarh village in Morna Tehsil of Muzaffarnagar and the police have got into action. We also hear, UP Chief Minister Akhilesh Yadav is overseeing the security measures and has given strict instructions that nobody should be allowed to handshake or click snapshots with the star.

Though Salman Khan arrived late at the shooting location on Tuesday night, the crowd had already arrived awaiting the actor’s arrival. Not only this, Salman who is staying at a farmhouse in the outskirts of the village, has been given police protection there too. The access to the road leading to the farmhouse of the actor has been restricted.

Reports also suggest that Salman was escorted at the farmhouse from the back gate with 20 bouncers accompanying him. The ‘Bajrangi Bhaijaan‘ star has begun with the shooting of the film with special ‘akhada’ created for the wrestling scenes. Surprisingly, the makers of the film have created Haryana set in UP, which has left onlookers wondered why they did not go to shoot in Haryana.

Sultan is being directed by Ali Abbas Zafar, which stars Salman Khan and Anushka Sharma. The film is based on a Haryanvi wrestler named ‘Sultan Ali Khan’, played by Salman in the film. Sultan will release this year on Eid.[/tps_footer]