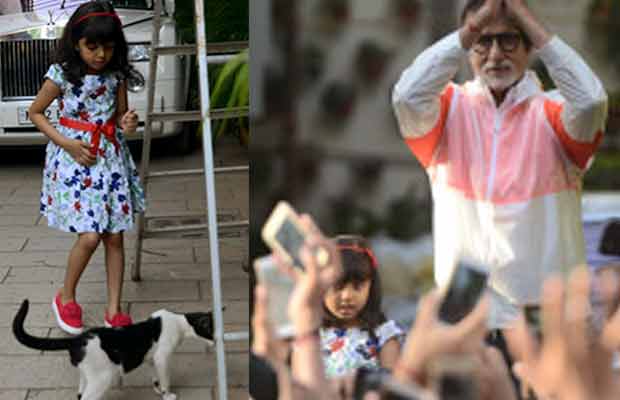 Amitabh Bachchan takes granddaughter Aaradhya along with him to greet his fans on Sunday morning!

Amitabh Bachchan is not only an actor but a legend in the Bollywood film industry. And it is known to all how big fan following he has. Every Sunday his fans wait outside his residence Prateeksha, to get a glimpse of the actor.

Big B never disappoints his fans and comes out to greet them to make their Sunday much better and happy. This Sunday was no different apart from the fact that this time his little granddaughter Aaradhya was there to accompany him.

We can see in the pictures how the little girl is afraid looking at the huge crowd. Big B shared this adorable moment on Twitter saying, “the Sunday well wishers .. and an introduction to the little one .. she confessed later : ‘I was a little afraid’!! ..”

Not only Twitter, but he also shared this in his blog post, where he also revealed about Aaradhya’s new interest. He wrote, “And the reluctant little one finally agrees to come out to greet the well wishers .. but is disturbed by the crowds and admits she was a little afraid to be up there .. her main attraction being her new pet the stray cat whom she has named ‘salt pepper’ ..”

Salt Pepper! How cute is that!

Sr Bachchan further added, “She asked me to pet it and I told her I did not like cats, so she was surprised that I did not .. there is another one she said .. her sister .. the cats sister .. and wondered if I would consider liking the sister .. I said no .. I think I lost out a number of brownie points from her today ..”

Well, all we can say is that the two are the cutest Grandfather-Granddaughter duo! 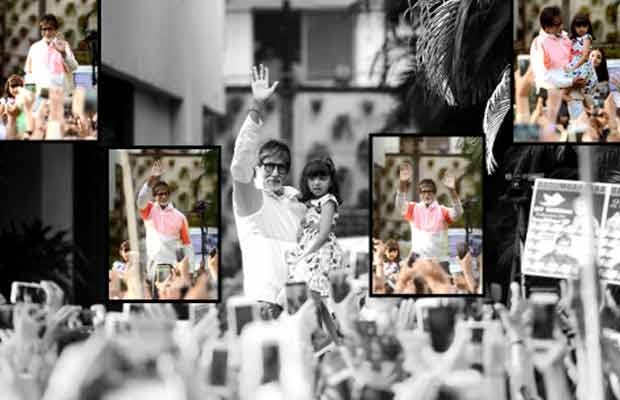