The son of legendary Bollywood superstar, Abhishek Bachchan celebrates his 41st birthday today. From debuting in a critically acclaimed but commercially average ‘Refugee’, to starring in multi-starrer films like ‘Yuva’ and ‘Dhoom 2’, Abhishek has certainly come a long way.

Talking about his birthday celebrations, as the clock struck 12, the Bachchan family surprised the birthday boy with a barfi cake, having 4 candles on it.

Also, Big B took to twitter handle and shared a vintage picture of his son with a caption, “T 2524 – A Chelsea win .. a Pizza from Daughter’s favorite .. a wishes at 12 .. and another year for Abhishek gone by ..#HappyBirthdayAB

Amitabh Bachchan also shared a nostalgia story on his blog, he wrote, “Once he was at the verge of being born as I had rushed to the Breach Candy hospital in the year 1976 ..and then he grew and grew to become what he became as in the first pictures ..I was born, Bachchan ji’s son .. a celebrity even before I knew how to spell the word .. Abhishek was born as Amitabh Bachchan’s son .. a celebrity even before he could find out what it meant ..My Father a known respected and public figure name, there was always those unwritten behavioural compulsions that were needed to be adhered to .. to follow certain social norms, moral and cultural in keeping with the surname ..Abhishek had to go through the same .. and still does .. That is the keeping for and of all ..He, my son, Abhishek turns 41 .. and I cannot imagine the time passed .. those hours at the Breach Candy Hospital where Jaya struggled with her labor .. and that OPT door opening and Dr Shah, our family doctor, poking his head out of the door and asking – ‘what did you want ..?’ .. and his anticipated smile giving away that a son had been born .. the champagne bottle opened, the nurse and sisters on duty were given a sip each much against their wishes and protocol, but .. there it was .. excitement .. and the joys of another addition to the family ..As we brought him in to our humble home, in JVPD, 7th road ‘MANGAL’, his sister then barely 2, could not stop screaming with joy .. she cuddled him and put protective arms about him .. sibling attention and care comes so naturally ..That care remains ever .. particularly so in a daughter son sister brother relationship .. it remains even till now ..

With such a wonderful start, we are sure Abhishek Bachchan is all set to start off the year with a bang. We wish the Junior Bachchan a very happy birthday!

CLICK NEXT TO SEE MORE PHOTOS OF ABHISHEK BACHCHAN !! 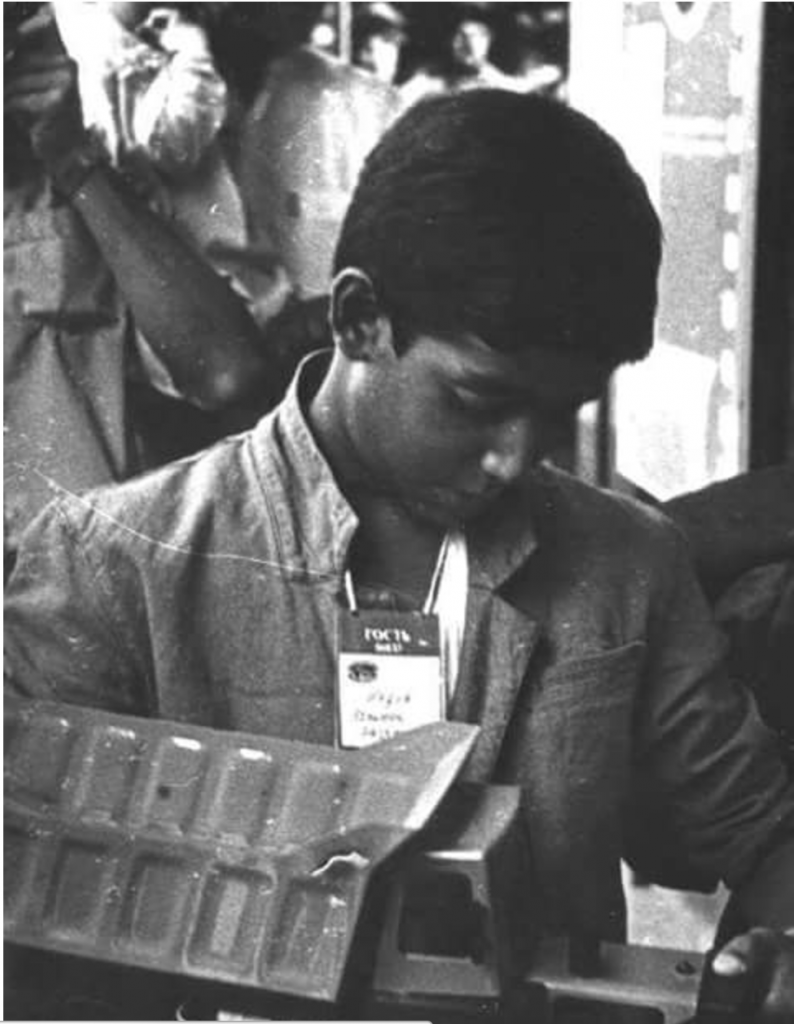