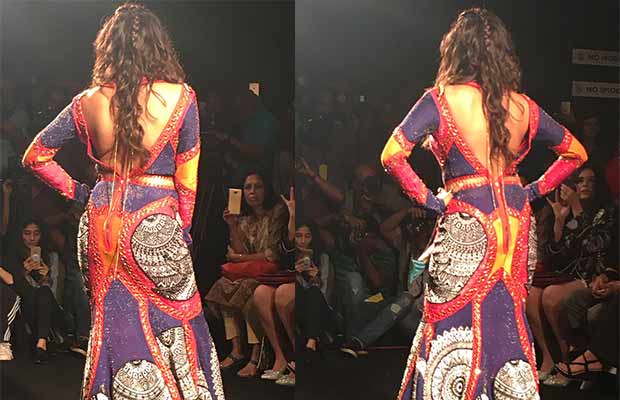 Chitrangada Singh was the show stopper for the designer Neha Agarwal at the Lakme Fashion Week.

Almost everyone would agree with the fact that the Bollywood actress Chitrangada Singh is one of the hottest beauties of B-town. Although she has worked in many films, she is today also famous for her dance number Aao Raja. It is from Akshay Kumar’s Gabbar Is Back.

The actress has now walked the ramp at the Lakme Fashion Week and we can’t help us saying that she was looking one hot beauty!

Chitrangada walked the ramp as a show stopper for the designer Neha Agarwal. She had adorned a multi-coloured full-length outfit with deep V-cuts both on the front and at the back. The outfit made her look extremely appealing and it definitely raised the hotness quotient of the show. 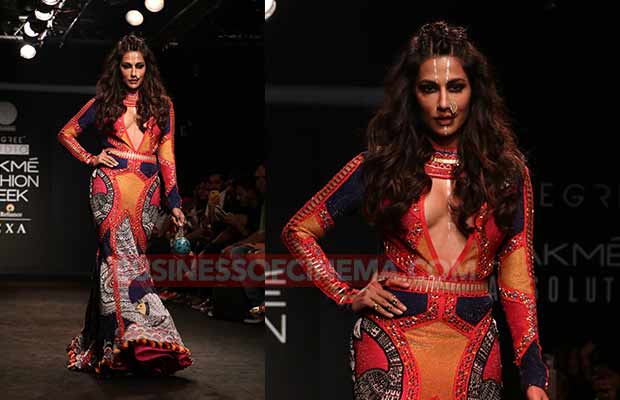 Talking about the professional front of the actress, Chitrangada Singh was last seen on the big screen with her dance number Aao Raja. She was initially a part of Nawazuddin Siddiqui’s Babumoshai Bandookbaaz. But due to arguments between her and the director of the film, she later walked out of the project.

Seen less in movies, the actress is, however, a brand ambassador of a number of brands. She promotes some of the leading brands like Airtel, Parachute, Puma, Borges Olive Oil, Garnier, Aliva Crackers, Taj Mahal Tea and Joyalukkas Jewellers. The list also includes Tanishq and Titan Eye Plus.

Chitrangada Singh was earlier married to the golfer Jyoti Singh Randhawa. But the two of them parted ways with each other in the year 2014. The actress is also a mother of a son named Zorawar Randhawa. 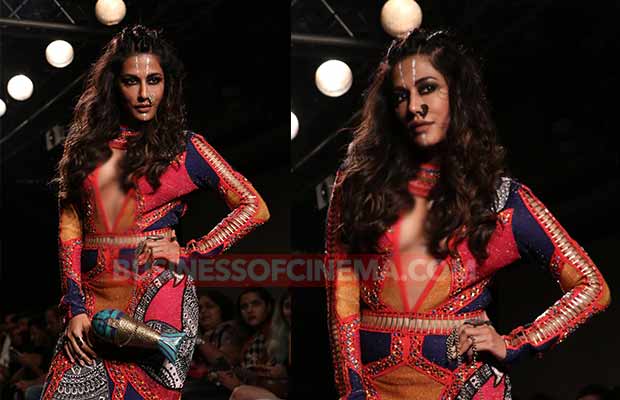