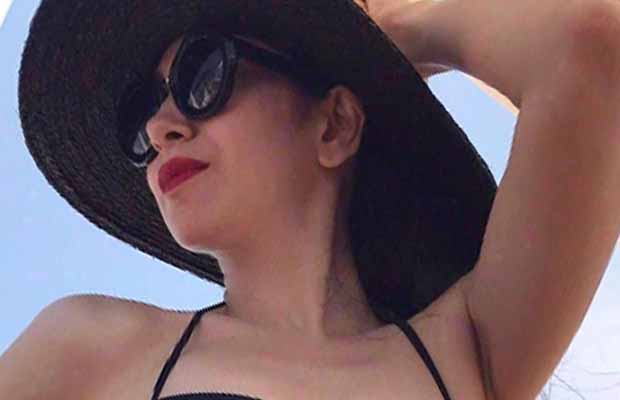 Karisma Kapoor shares some pictures as she is having fun on her vacation in Europe!

The Bollywood actress Karisma Kapoor seems to be having a really good time on her foreign trip. The actress is currently on a vacation in Europe. A few days back she was in London, and now she is enjoying her time in the French Riviera.

The actress has been keeping her fans updated by sharing her pictures via the picture sharing site Instagram. Karisma has recently shared a picture in which she is sporting a black bikini and we must say that the picture is too hot to handle!

She has captioned the picture as, “Sunny days #frenchreviera #holidaytime #summer2017”

The actress seems to be enjoying her single status. She was married to a Delhi-based businessman, Sanjay Kapur. The 13 year old marriage came to an end when the couple started having arguments after her first child Sameira, who was born in the year 2005. The ex-couple also has a son named Kiaan who was born in 2010. In the year 2014, the couple filed a petition for divorce with mutual consent.

After their divorce, Sanjay Kapur has married Priya Sachdev, who is an Indian model.

While Sanjay has completely moved on after breaking his ties with Karisma, the actress has also found a new love in another man. According to the reports, she has also been dating a Mumbai-based businessman, Sandeep Toshniwal. Although, neither have come up accepting their relationship.