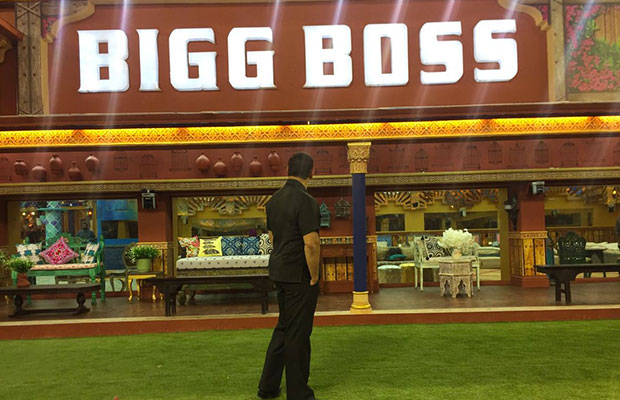 Superstar Salman Khan is back as a host of one of the popular reality television show, Bigg Boss season 10. The promos are already making us eager to watch the show. They are exciting and looks like there’s more happening in the house this time.

Every time Salman scares that this will be his last season as a host. During BB season 9, he said the same thing. And guess what? He did surprise and made his fans happy as he is hosting the new season too. Well, the show will soon air on television, but fans are waiting to see a glimpse of it. So, to make all of his fans and Bigg Boss fans happy, he shared the first look of the house on his Twitter.

In the tweet pic, we can see the house with Bigg Boss written on the top of it. Not only that, even Salman is in the picture, but he is showing his back to the camera.

He again shared another pic on his Twitter where he has shown his face. The Sultan actor is all smiles in black clothes and is looking handsome as always. The actor, who was busy shooting for Kabir Khan’s Tubelight in Manali, took some time out if his busy schedule to shoot for the show. And this time, we will even see common people living with many known celebrities in the house.

The Bigg Boss season 10 will air on October 16.