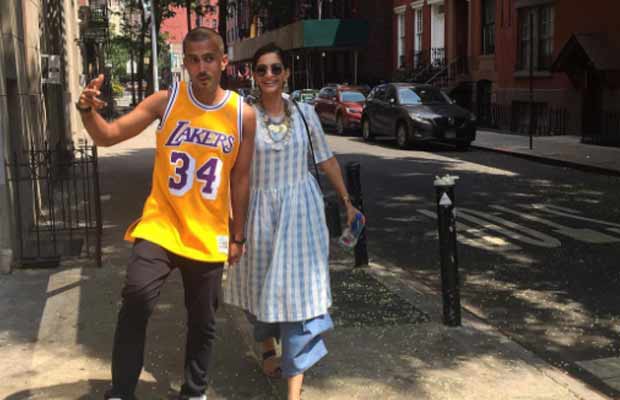 Sonam Kapoor has been rumoured to be dating Delhi-based businessman Anand Ahuja.

The Bollywood actress Sonam Kapoor is known in the industry for her outspoken nature. She has always been very open about things. But when it comes to her personal life, the actress chooses to keep it in a veil.

Whether it was attending the National Award ceremony or celebrating Sonam’s 32nd birthday, Anand was there with her. And that has been the reason why so many reports on them dating each other have been doing the rounds of media.

Neither of them has come up accepting the relationship. But it is sure that the two of them share a special bond with each other. Anand’s Instagram feed has got so many pictures of the two of them enjoying each other’s company.

Check out some of their snaps:

Earlier, the actress, in a series of tweets, had expressed her displeasure over the media reports. She said, “There’s so much going on in this world but my so-called personal life is what you want to cover.. #notengagedatall #getalifelosers.”

Posting an image of her statement, she added on further saying, “For all the news outlets out there, who are speculating about my personal life and writing unnecessary gossip about it because they think it makes good copy. If your sources are my friends and family then be rest assured they are not really my ‘friend or family’ and if I do get married or engaged I’ll announce it on my own. So stop writing crap and stick to your real job of journalism.”

On the work front, Sonam is a part of ‘PadMan’ which also stars Akshay Kumar. After this, she will be joining Kareena Kapoor Khan and Swara Bhaskar for the film ‘Veere Di Wedding’. She will also be seen in Sanjay Dutt’s biopic, for which she recently shot with Anushka Sharma.