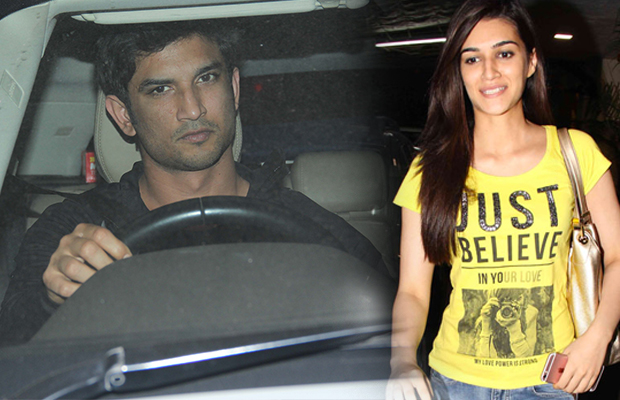 Sushant Singh Rajput was seen at Kriti’s apartment in Andheri. Although, he was taken aback on spotting them together, he didn’t stop the shutterbugs. Sushant, having his birthday on January 21, there is a possibility that the two could be planning a birthday plan together.

Kriti Sanon was last seen in Dilwale opposite Varun Dhawan, Shah Rukh Khan and Kajol in 2015. Whereas, Sushant Singh Rajput is still high on the success of M S Dhoni: The Untold Story that is a biopic of India’s ex- captain Mahendra Singh Dhoni.

Sushant Singh Rajput and Kriti Sanon will be seen together in Raabta. This is a completely fresh pair that the fans will get to see.

Having broken up with Ankita Lokhande, Sushant Singh Rajput took quite long time to recover from the break up. But it seems that he has found the love back in his life by having Kriti Sanon.