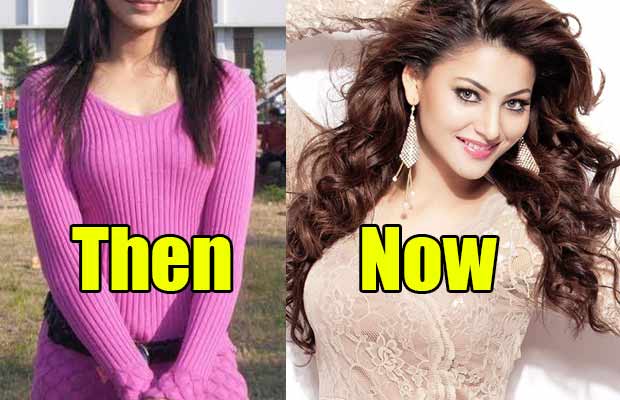 Urvashi Rautela looked like a very simple girl in her teenage days!

The Bollywood actress and model, Urvashi Rautela is indeed one of the most beautiful ladies that the B-town has. She is hot, she is beautiful and she is stylish. That is the reason why she has made herself a huge fan following in such a short span of time.

Born and brought up in Uttarakhand, the actress completed her education in her native state itself. She was a very simple girl in her teenage days.  But the pretty girl very soon recognised her talent and beauty and started participating in the beauty pageants from a very age.

In fact, she is the winner of the title Miss Teen India, which she won at the mere age of 15. But her beauty was not her only plus point. The talented actress has been trained in five dance forms like Kathak, Bharatnatyam, Jazz, Hip-Hop and Belly Dance. You will be surprised to know that she is also a national level basketball player.

Apart from Miss Teen India, she also holds titles like Miss Universe India, 2012 and Miss Tourism Queen of the Year, 2011 which was held in China. She also won Miss Asian Super Model, 2011 in South Korea.

She won the beauty pageant Miss Diva in the year 2015 and got a chance to represent India in Miss Universe, 2015.

The actress made her debut in the Bollywood film industry with Sunny Deol’s ‘Singh Saab The Great’. She came into the limelight after she appeared in pop singer Yo Yo Honey Singh’s music video ‘Love Dose’.

After her debut film, she has worked in quite a few more films like ‘Sanam Re’ and ‘Great Grand Masti’.

Click next to see some of her pictures from her school days where she looks almost unrecognisable: