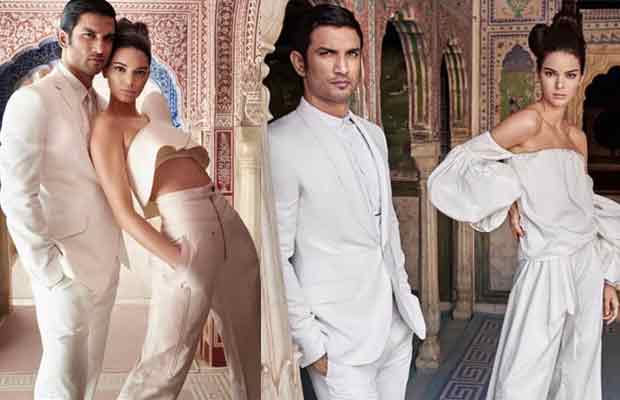 Sushant Singh Rajput  was offered the photo shoot by Anaita Shroff Adjania. In an interview he said “Anaita Adjania (fashion director of the magazine) called me up to ask if I would be interested in doing the shoot. And I definitely was. Who would say no to an opportunity to shoot for Vogue with Mario and Kendall?”

Sushant Singh Rajput said he discussed art, culture and fashion with the model. He also said he shot an episode of reality TV show Keeping Up With The Kardashians. He said “In fact, I have also shot a segment for an episode of Keeping Up… I would have loved to show her around, but couldn’t due to security issues. The palace where we stayed was huge and the food was great too. I ended the shoot with a nice conversation with her, Mario, Anaita and the crew.”

He was asked if he did the photoshoot to break that serious persona of his and he candidly said in an interview “As an actor I need to convince you that I am the part. So if I play a guy who is stylish, it is my job to make you believe that, irrespective of your perception.”

Sushant Singh Rajput  also added that he learnt a lot about fashion from Kendall and she also acknowledged how tall the actor was.

All in all it sounded like quite the experience for Sushant!

Watch Video Sushant Singh Rajput In Yet Another Controversy