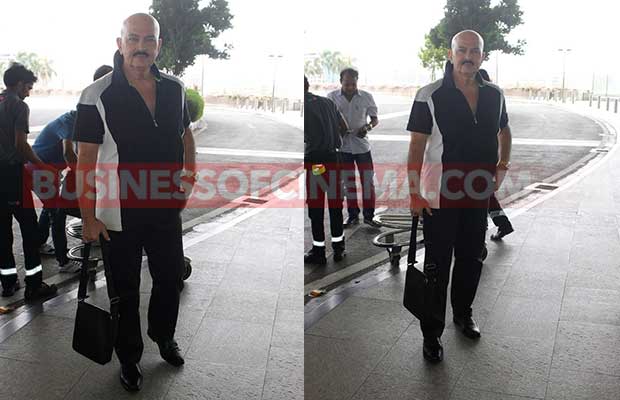 [tps_footer]John Abraham and wife Priya Runchal were in the news lately for their split. Rumor mills stated that the duo was soon going to get separated. John and Priya married each other with a secret wedding. The two celebs are not even spotted with each other frequently like other Bollywood couples. Moreover, John’s quiet stance on his relationship sparked divorce rumors.

Well, recently John Abraham and wife Priya Runchal gave a slap to all the gossip mongers when they were spotted together at the airport. The two stars were returning from their short holiday. John and Priya who are quite reserved about their relationship amidst the masses were vacationing at an undisclosed location.

Looking all relaxed and calm, Priya was spotted in a smart white top and ripped denims. The Dishoom actor on the other hand, was still in his holiday mood with smart casuals.

Fashionista Sonam Kapoor was also clicked at the airport. The starlet nailed the ongoing denim trend to the point. Sonam Kapoor opted for a long denim shirt and blue toned pants. The actress added a pop of color with her red lip shade. Must say, no one can beat the Kapoor girl when it comes to airport looks.

Veteran star Rakesh Roshan was also spotted by the shutterbugs.[/tps_footer]