The kids of A-listers of Bollywood are stars in their own right. They are social media stars to be precise. They have a huge fan following on all social mediums like Twitter, Instagram and Facebook. Aryan Khan, the son of King of Bollywood Shah Rukh Khan, is one of the most popular star kids on the block.

Aryan had lately curbed his social media posting albeit his dad’s suggestion. Recently a picture of his was circulating on social media which creates a mystery around him. Like a usual picture of his, Aryan is neither smiling nor looking into the camera even in this one. There’s a ray of light falling on his face which actually just adds to the mystery to the picture. Of course, one can’t miss the striking resemblance to his celebrity father – the eyes, jawline and hair. 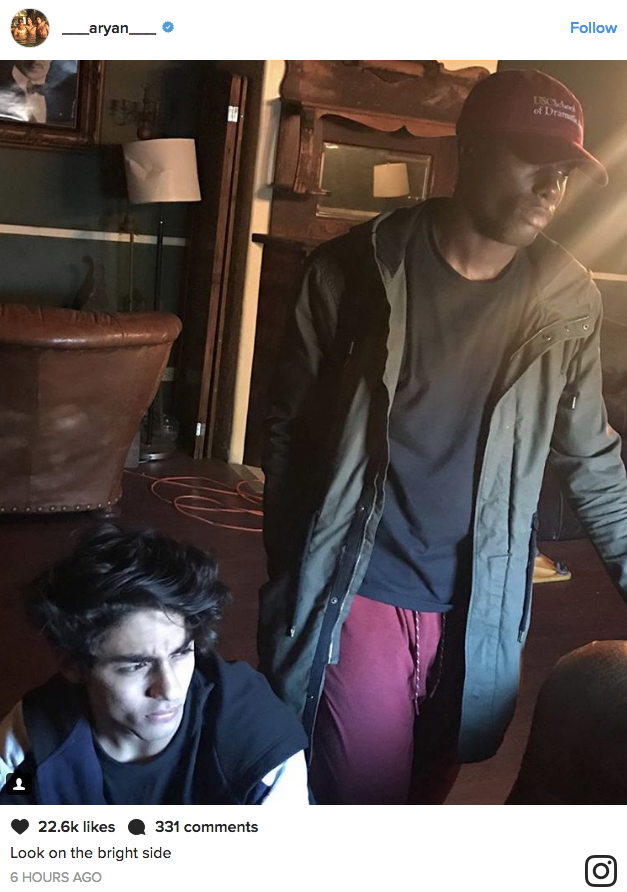 Is this a hint towards his big Bollywood debut? Rumour has it that Aryan is all set to make his Bollywood debut soon. It’s for this reason that SRK wants him to be very less active on social media. The ‘Raees’ star feels his son is too exposed on social media and requires to slow down a tad bit. Aryan, who was once a regular at posting pictures on social media is now hardly there following his dad’s advice. Smart boy!!

If it has to be an entry with a bang in B-Town for Aryan, who else besides Karan Johar will orchestrate it? Karan Johar is extremely close to SRK and his family and considers them as close as his own family.

A couple of months ago, in an interview, Karan had shared his thoughts on Aryan’s Bollywood debut. He said, “For me, Aryan being launched is like my son being launched. I will be this hyper relative breathing down his neck. I have held Aryan in my arms when he was six months old, and walked around the streets of London. Now he is a grownup, good looking boy with six packs and all set to face the world. I feel so proud. Of course, I track him all the time. When I see any images of him online, he gets messages from me in the middle of the night. I ask him, ‘What are you doing, who is this person with you in the frame?’ I feel like a possessive parent who wants to know exactly what he is up to.”