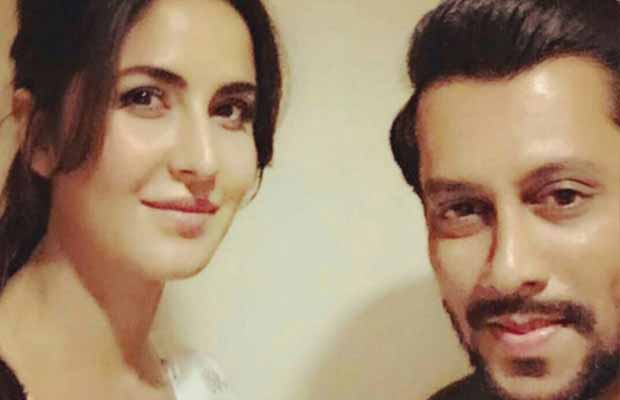 Katrina Kaif is posing with the body double of Salman Khan on the sets of Tiger Zinda Hai.

Salman Khan and Katrina Kaif are one of the most loved on-screen couples when it comes to Bollywood movies. Their fans have been missing the lovely duo for a long time. But to their delight, they have again teamed up after six years for Ali Abbas Zafar’s ‘Tiger Zinda Hai’.

It is Parvez Kazi in the snap who looks so much alike Salman. Earlier also, he has played the actor’s body double in films like ‘Tubelight’ and ‘Prem Ratan Dhan Payo’. His picture with Katrina has gone viral on the internet.

Salman has another famous look-alike Nazeem Khan who has worked in ‘Bajrangi Bhaijaan’.
Talking about the professional front of the stars, Salman was last seen in his Eid release ‘Tubelight’. Katrina is very soon going to be seen on the big screen with her ex-boyfriend Ranbir Kapoor in the upcoming release ‘Jagga Jasoos.’

Starring Salman Khan and Katrina Kaif, ‘Tiger Zinda Hai’ will be hitting the screens on December 22, this year.