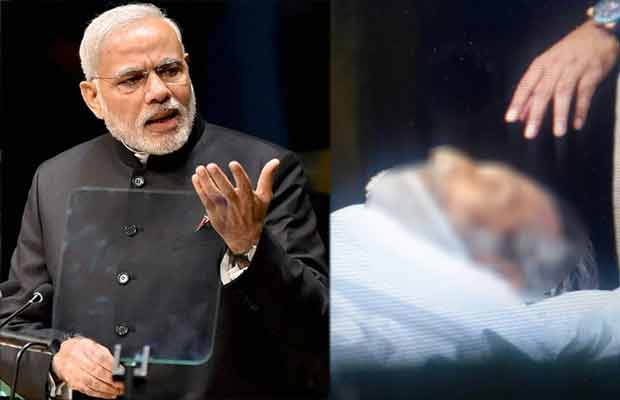 In the shocking news that came in this afternoon declaring the demise of veteran actor Vinod Khanna, is not only a rude shock to the film world but also in the political circles. Vinod Khanna, who had a successful stint in politics, was four-time MP of Bharatiya Janata Party from the Gurdaspur constituency in Punjab.

Prime Minister Narendra Modi shared his condolences on hearing about the demise of Vinod, saying he will be remembered as a popular actor and a dedicated leader. It could not have been said in more apt words what Vinod Khanna was to India.

“Will always remember Vinod Khanna as a popular actor, dedicated leader & a wonderful human. Pained by his demise. My condolences,” he said in a tweet.

Khanna joined the BJP in 1997, and contested and won elections from the Gurdaspur constituency in Punjab since Lok Sabha polls in 1998.

Pranab Mukherjee, too, shared his condolences on Twitter. “Heartfelt condolences on the passing away of Vinod Khanna, a highly talented and acclaimed actor and Member of Parliament,” he said.

Touted as Bollywood’s “original heartthrob,” Khanna had reportedly been battling cancer for several years.Last month, he was hospitalized in Mumbai due to severe dehydration.

In a career spanning over four decades, Khanna acted in over a 100 films. He’s best remembered for his performances in movies such as Mera Gaon, Mera Desh, Mere Apne, Insaaf and Amar, Akbar, Anthony. He was last seen on silver screen in Shah Rukh Khan starrer Dilwale.