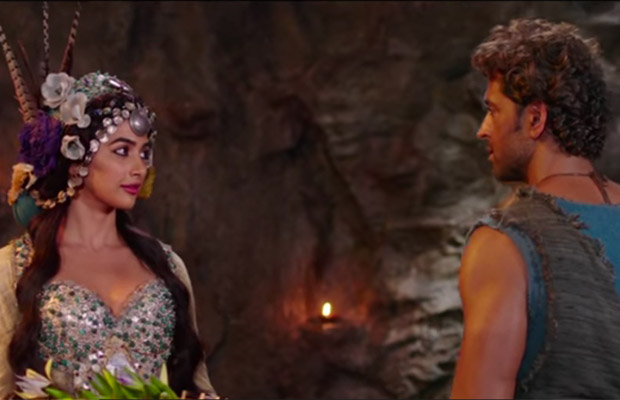 Pooja Hegde will step in the tinsel town with her upcoming film ‘Mohenjo Daro’. The historic love saga stars Hrithik Roshan in the main lead opposite Pooja. The new entrant is already making news for her pretty face. Directed by Ashutosh Gowariker ‘Mohenjo Daro’ is based on the Indus Valley Civilization.

The trailer of the film is out and also a few songs from the film have been released. The first glimpse did not receive loads of positive reviews but it managed to create a mark. The tracks released from the film are also not on the chartbusters.

‘Mohenjo Daro’ will release with Akshay Kumar’s ‘Rustom’. Both the films are going to battle at the box office on August 12th, 2016. Well, apart from the serious updates, Pooja Hegde has now commented something interesting about the onscreen kiss with Hrithik Roshan.

The beautiful newbie expressed, “You always want it (kiss) to look good on screen as you can go wrong with stuff like that. I think we have got one of the best onscreen kisses in ‘Mohenjo Daro.”

The starlet further added, “I was never intimidated (while doing kissing scene) as we were like friends. We never looked at it like it’s a kissing scene; we are doing it as our characters in the film. We shot the film over a big span of time so over the course of time we (she and Hrithik) became friends. By the time we started shooting the scene we had a comfort level.”

Just where other actors are reserved, seems like, Pooja Hegde is already comfortable with intimate scenes in movies!