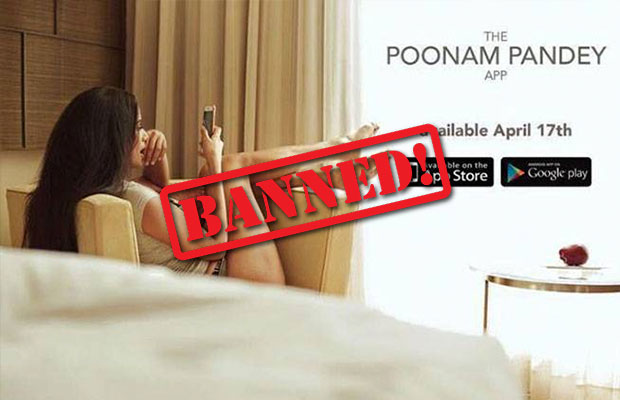 Poonam Pandey just did something for her fans and everyone was popping all around, feeling good about the application and this thing happened. The application was launched on Monday and it has gone away like a ghost!

The application had gone viral and fans were downloading, joying over the app and sadly Google banned the application. It is no longer available on Play Store and fans are saddened over it.

She took it to twitter and said, ‘#AskGoogle why did they ban #PoonamPandeyApp? But you can get my App on this link http://www.poonampandey.in/download

She is expressing the shock she just recovered from, but ha a backup for it. This is not on play store now, but generally available online.

She had said earlier that the application will be bold and have adult content. In an interview with a news daily, she said, ‘I don’t know why. I see many adult magazines on Play Store and App Store. It’s interesting that on one hand, Google Play Store is suspending the app and on the other, some fans are ‘complaining’ that I am not even nu*e in the photos.’

Well, maybe Google knows about you and your adult content and they banned it. She has been known for this and fans were eagerly waiting for her app but out of all, this happened.

She is still progressing a lot and the application got 15,000 downloads in its first minute. The application is legally or illegally still making its way out.

She had also posted a video of her application, just to give everyone a gist of it.