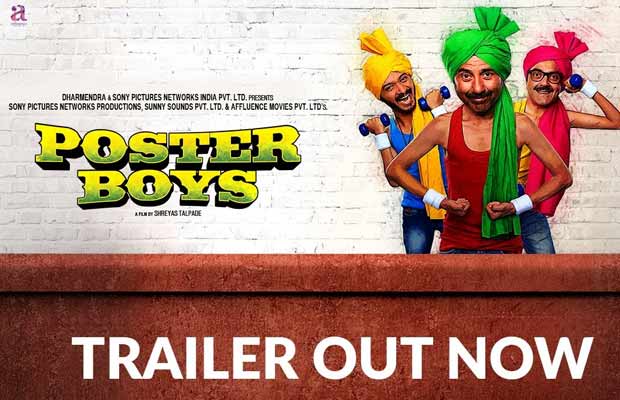 The Bollywood movie star brothers Bobby Deol and Sunny Deol with Shreyas Talpade are in the movie. The Deol brothers have switched over from a serious take on films to lighthearted comedic roles. After ‘Yamla Pagla Deewana’, they have come up with ‘Poster Boys’. The actors have made a comeback in the industry and we hope it’s as entertaining as it looks.

Accidentally becoming poster boys for a vasectomy ad, three specific men get into trouble. The story is based on the idea of vasectomy in men and how society deals with it.

Three different characters, the silent one (Bobby Deol), the reactive one (Shreyas Talpade) and the violent one (Sunny Deol) are victims of this rumor. They play the roles of a schoolteacher, a recovery agent and a retired army man respectively. Three of the men suddenly find themselves between tough decisions and angry wives and fiancés.

The trailer shows the characters fighting for their rights in court against the government but the result is unclear.