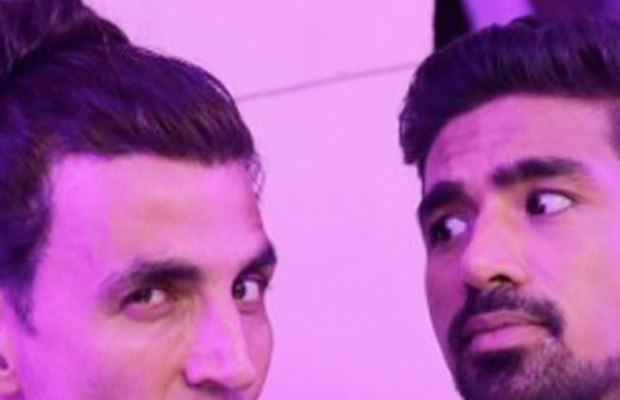 [tps_footer]Akshay Kumar’s surprise guest appearance in the film ‘Dishoom’ is gaining all the attention. The audiences are surely loving Akshay’s short glimpse in the film. The microblogging site Twitter was filled with compliments for Akshay’s cameo in the action flick. The Khiladi of the tinsel town is now gearing up for his upcoming film ‘Rustom’.

Akshay who is always seen in his strict image has pulled off his homosexual character in ‘Dishoom’ too well. The viewers also stated that Akshay’s appearance was entertaining to the core. Seem like; the Airlift actor is ditching his all-time serious self now. The action star who is never seen in cheesy poses is now pouting too!

Yes! Akshay Kumar is seen in a fun filled selfie with actor Saqib Saleem. Saqib played the role of a cricketer in the film ‘Dishoom’. The two actors Akshay and Saqib posed for a fun selfie too. The picture is posted by Saqib Saleem on the photo-sharing app Instagram. Saqib captioned the picture saying, “The selfie that’s the talk of the town. Such an honour to have worked with my fav superstar @akshaykumar.” 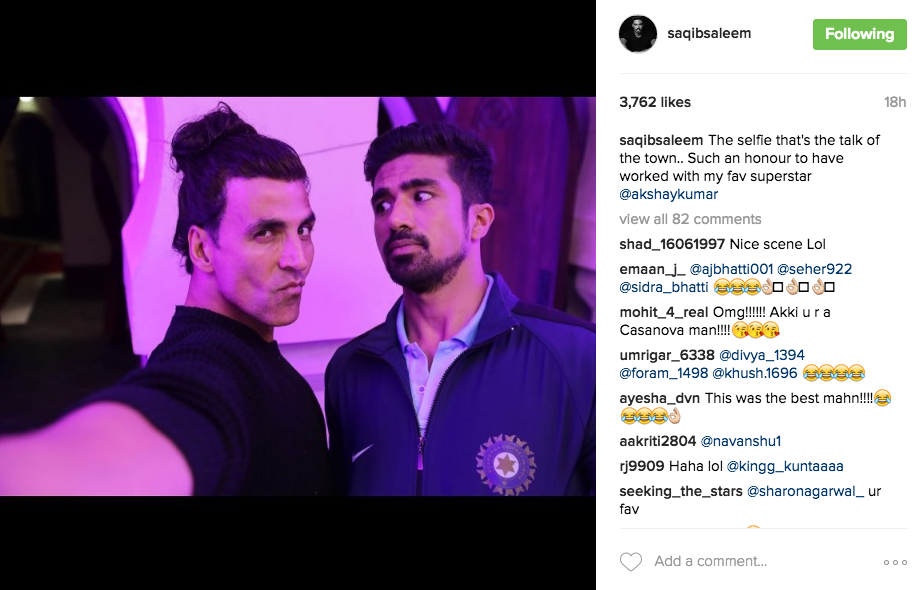 The selfie sees Akshay pouting and Saqib being all tensed and nervous.

On the film front, after the entertaining cameo in ‘Dishoom’, Akshay Kumar will be seen in ‘Rustom’. The film is based on the Nanavati case. ‘Rustom’ also stars actors Ileana D’Cruz and Esha Gupta in lead roles apart from Akshay. The film is all set to release on August 12th, 2016.