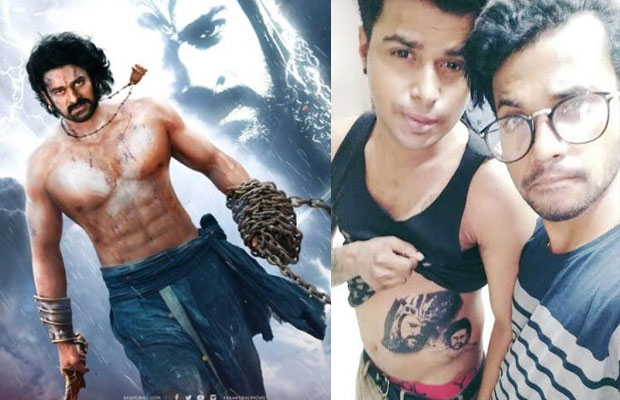 Baahubali actor Prabhas recently had a fan get his image inked on himself.

The young fan got a tattoo dedicated to Prabhas’ iconic Baahubali character.

The tattoo consists of a combination of Prabhas’ two characters in the film, that of Shivudu and Amrendra Baahubali.

The young fan went to the extent of getting a 10-inch tattoo of the actor imprinted on his body. 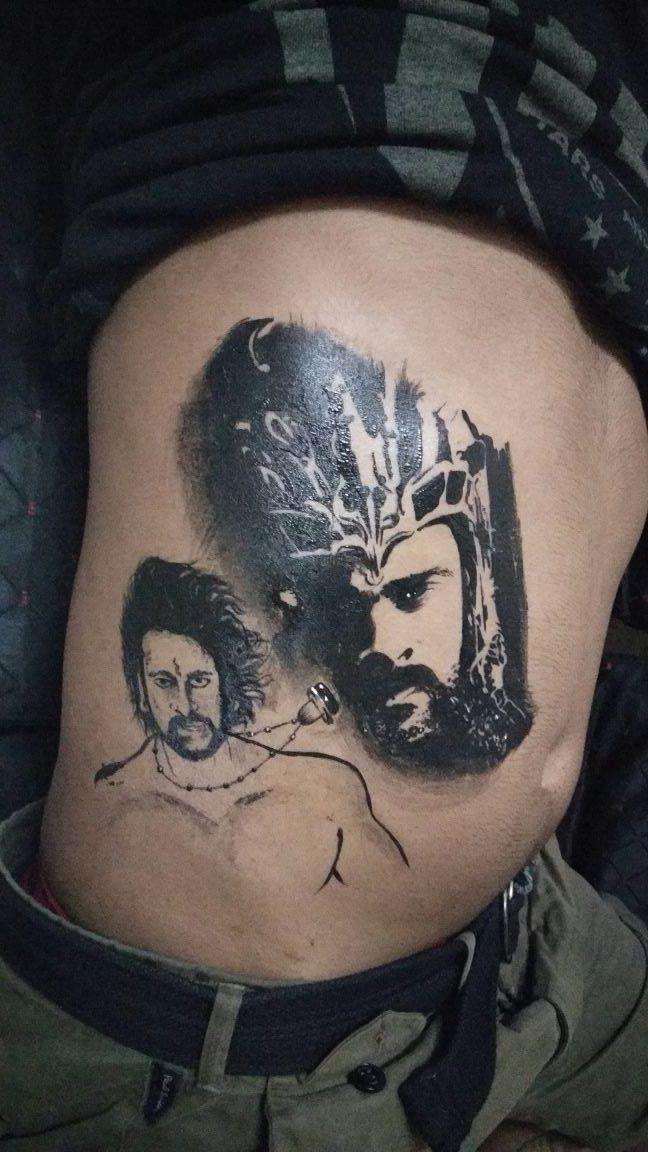 Prabhas enjoys a massive fan following which is currently witnessing an upsurge, thanks to the frenzy.

The actor who has had many past experiences with his fans going all out their way expressing their admiration, had this fan take his love for Prabhas a notch higher.

The actor has his fans waiting with bated breath for his performance in the movie, which is to release on 28th April 2017.