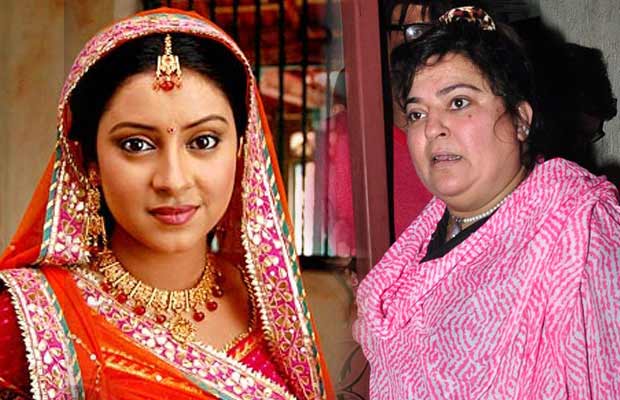 [tps_footer]Each and everyone is still in a state of shock after former ‘Balika Vadhu’ actress Pratyusha Banerjee committed suicide at her residence in Mumbai on April 1. Though post mortem reports clear that it’s a case of suicide, Pratyusha‘s close friends from the industry are claiming actress’ boyfriend Rahul Raj Singh the reason behind her death.

While everyone is speculating on Pratyusha‘s suicide, with the latest update it is said that an organization has filed FIR against Dolly Bindra in Versova Police Station. Dolly Bindra had taken Pratyusha’s death to the level where she leaked out a telephonic conversation of her with Pratyusha’s mother where she is heard crying badly over her daughter’s death news.

Not only that, she had also leaked a video of Pratyusha Banerjee‘s dead body while she was at Kokilaben hospital. Alleging of seeking cheap publicity, Pratyusha Banerjee’s fans too expressed their anger on the things done by Dolly Bindra.

The FIR has also been lodged against the staff of Kokilaben Dhirubai Ambani Hospital & Medical Institute for allowing her to take pictures. The complaint reads that since it’s not yet proved whether Pratyusha committed suicide or it was a murder, how can she leak pictures and details of the case without Police permission.

Dolly Bindra made a very insensitive remark towards the late star by taking pictures and videos of the dead body in the hospital premises. Dolly has always been in the news for all the wrong reasons, this time, will she land in trouble?[/tps_footer]