The Greek God of Bollywood, Hrithik Roshan turns 43 today. Hrithik has revealed his birthday plans – he will celebrate the day with his family and close friends.

However, Hrithik’s birthday celebrations have already begun since last week while he was in Dubai to promote his upcoming thriller ‘Kaabil’.

We have learnt that over a thousand fans gathered to wish Hrithik the best for his birthday. A cake cutting session was also organized for the star, who was overwhelmed with all the love.

Hrithik Roshan was in Dubai along with his co-star Yami Gautam to promote their upcoming movie, Kaabil. Addressing a large gathering of media in Dubai Hrithik and Yami were all praises for each other. The turnout of the large crowd gathered there shows that Bollywood and popular and loved across the globe.

Directed by Sanjay Gupta, Kaabil hit the screens on January 25, along with Shah Rukh Khan’s Raees. 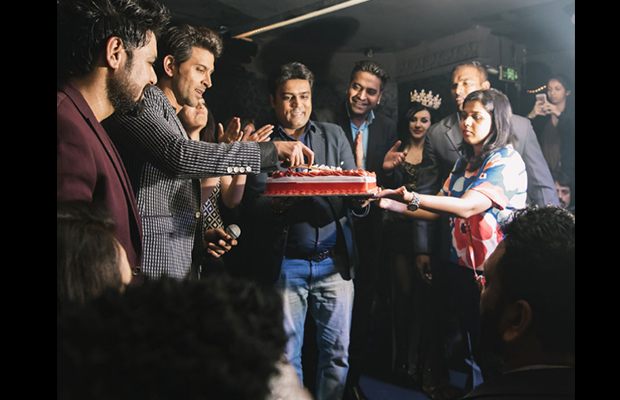