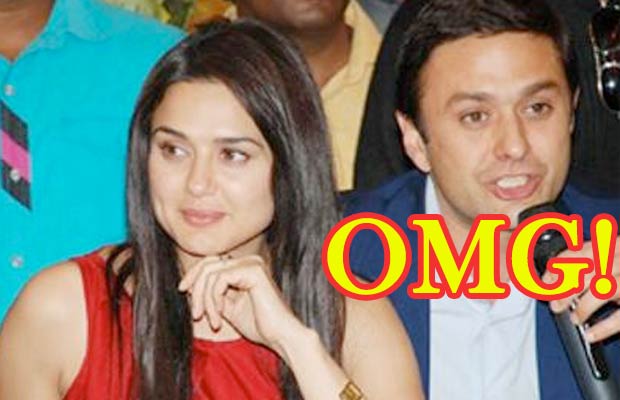 [tps_footer]Bollywood’s pretty woman Preity Zinta is happily married to Gene Goodenough and recently their wedding reception was very star studded but Preity Zinta‘s close friend Salman Khan‘s entry along with his girlfriend Iulia Vantur made more headlines than the event itself. Although Preity Zinta is married to Gene now but we mostly remember Ness Wadia because of his relationship with Preity Zinta. And, Preity‘s past is still following her here as well.

It’s recently reported that Ness Wadia lost his cool and he has beaten up his own driver very badly and a Non-Cognizable offences is registered against him. For now, nothing much is revealed about this particular nasty event, but soon the investigations will start and it won’t take too long for the truth to come out. Preity Zinta had also filed a complaint against Ness Wadia for getting violent with her and abusing her, in this matter Gene Goodenough was the eye witness too but things got sorted between Preity and Ness.

We wonder what will be the conclusion of Ness Wadia‘s latest fight and what will be his next step to come out of this legal trouble that he has invited himself by losing control. Ness Wadia was very loved and respected by people earlier but recently his name is making headlines for all the wrong reasons and a lot of times Ness has received warnings for his violent behavior from many people. We hope Ness calms down and stays cool or else nothing will spare him from facing a jail sentence.[/tps_footer]